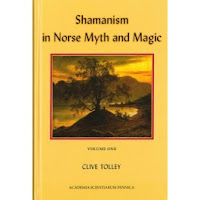 I’m reading Clive Tolley’s Shamanism in Norse Myth and Magic, and came across the following definition of religion:

Religions may impose ethical codes on adherents, as in religions of the Book [i.e., the Abrahamic religions; Judaism, Christianity, and Islam]; they may also be primarily aimed at enlisting (or in the case of magic compelling) the aid of divine powers to further the aims of individuals or communities in an amoral fashion. Most sources indicate that Norse religion was of the latter sort… (p. 8)

I know many of my readers will likely take issue with the idea that Norse religion did not carry with it a moral code, but such is not the purpose of this article (I will probably address that question separately in a follow-on). Rather, I find the latter half of the definition particularly apropos to the discussion of ritual, particularly why we engage in ritual.

If the purpose of religion is to “enlist the aid of divine powers”, then it stands to reason that ritual is the means by which that purpose is carried out.

Certainly that seems to be the case when we speak of the ritual of blót; it is the offering of a sacrifice (whether it be an animal sacrifice or some other form of votive offering) in exchange for an expected or already-received benefit. We saw that clearly in Ibn Fadlan’s first-hand account of a blót in the lands of the Rus in the 10th century. It makes perfect sense in the context of the Germanic gift-cycle, itself encapsulated in the Eddaic formula “ever a gift demands a gain” and itself distilled even further into the gebo (X) rune.

But when we consider the other major ritual of Norse religion, the sumbl, the definition seems to break down. Where the blót is an interaction between men and the spiritual realm, sumbl is much more an interaction between men; it’s a social ritual, and most of the standard activities are geared towards social interaction; boasting, bragging, flyting, gifting, memorializing, and so forth. This is not to say that there is no metaphysical component to the sumbl, only to state that such is not the primary function of the ritual, and even when it is present, it expresses itself as a changing of one’s wyrd through direct action (the brag), rather than an exchange, as in the blót. 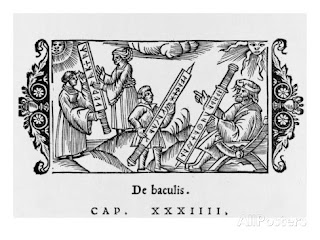 In terms of the strictly magical practices of the Norse – seiðʀ, galdʀ, and various divination practices – the idea of invoking divine powers is rarely, if ever, seen. It is certainly seen in later trolldomʀ practices, but the relevance to those to pre-Christian Norse magic is a study unto itself. Aside from the notion that the goddess Freyja taught seiðʀ to Odin, and he to others, there is little to indicate that the actual practice of seiðʀ required the direct or indirect intervention of a deity. The same is true with rune-based magical practices; Odin is seen as a teacher, but is not necessarily invoked as an operative requirement for the magic to be effective.

So where does this leave us? In terms of ritual being used to “enlist the aid of divine powers”, it is certainly true of the blót ritual, but seems to be lacking in any others, whether they are religious or magical in nature. I rather like that, actually. It speaks to the sophistication of Germanic (and especially Norse) religion that its rituals cannot be pigeonholed into a single category; there are different rituals for different purposes, and the “ritual technology” involved is appropriate to the task, rather than being a one-size-fits-all affair.

One thought on “Why do we do Ritual?”