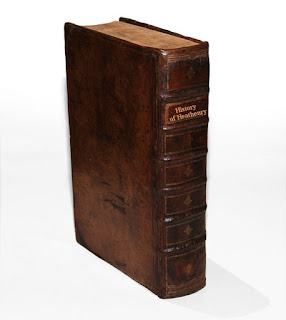 A tribesman and I were discussing a need within the Asatru community on our ride back from AFA Ostara down at Gladsheim Hof in Maryland. Specifically, the need for a history of Heathenry in America.

There are bits of history scattered hither and yon in various books, magazine articles, and websites, but almost all are written not only with a very limited scope, but often with a particular agenda. I’m talking about something quite a bit different.

I want to see a book that’s comprehensive and neutral. It would probably have to be written by some scholar outside of the Heathen community, who doesn’t have a particular axe to grind. Comprehensive, in that it would cover the activities in all of the major organizations over the years, from the original Asatru Free Assembly, to the Asatru Alliance, Ring of Troth/The Troth, Asatru Folk Assembly, the Rune Gild, Gering Theod and the Theodish Rice (and all of its offspring), and so forth. It would give biographies of the major players in Heathenry over the years; Stephen McNallen, Edred Thorsson, Valgard Murray, James Chisholm, Kveldulf Gunderson, Garman Lord, Diana Paxson, Eric and Swain Wodening, etc. Major events, such as the infamous Alliance Althing 9, Erik Moore’s East Coast Althing (anyone else remember that?), the Our Meadhall moots, and overviews of regular events such as East Coast Thing, Trothmoot, Alliance Althings, and the various AFA regional events, would also be included.

But the key would be neutrality. It shouldn’t be a hit-piece against the folkish, or the universalists, or the Lokeans, or the anti-Lokeans, or the reconstructionists, or whatever other factions and fault lines exist. But it also shouldn’t paper over the rough times; the infighting, the schisms, the dissolutions, the purges. It should be based entirely on fact, with a minimum of editorialization (but that wouldn’t preclude contextualization or pointing out narrative themes, of course). Someone outside the Heathen or Pagan communities altogether. A scholar with a reputation for writing about facts, not opinions or agendas.

In short, a true history. Comprehensive, neutral, and needed.

I’d pay a decent price for such a book. In fact, I think it’s not only a good idea, but a necessary one. Pretty soon we’re going to be losing those early stalwarts from the 1970’s and 80’s (and some have of course unfortunately already left Midgard), and interviews would be crucial to such a work. Along with primary sources wherever possible, of course. There are a lot of magazines out there that chronicle what was going on twenty or thirty years ago; Vor Tru, Runestone, Idunna, Rune Kevels, Mountain Thunder, Marklander, etc. Gathering those disparate sources would be a task unto itself.

Who’d be up for donating to commission that book? And who should write it?

One thought on “Where is this Book?”