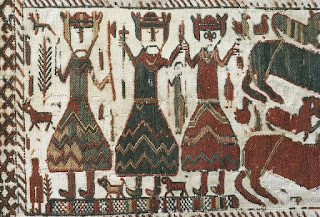 The obvious off-the-cuff answer is “after the conversion to Christianity.” Which is all well and good, but does pose a few problems. The first is that the Germanic nations weren’t converted at the same time. The process was a long one spanning centuries, and every time a barbarian tribe was converted, there seemed to be another Heathen one spring up behind them. So one would have to go place by place and tribe by tribe.

The second problem is that conversion wasn’t an instant process. More often than not, a king or other leader would himself convert, or marry a Christian woman who would pressure him to convert, and this new faith would trickle down to the nobles and eventually to the peasantry. Sometimes this was a peaceful process, and sometimes it was done in an orgy of violence to promote the religion of the Prince of Peace. So the “official” dates of conversion are a misnomer; long after those dates, there would still be thriving Heathen communities and the folk-faith would endure. In many cases, we are told of Heathen “revivals” where the new faith was (temporarily, at least) cast off and the old ways reinstated. So during this “period of dual faith” there is still useful information that can be gleaned, although it is possible that it will be influenced by Christianity. 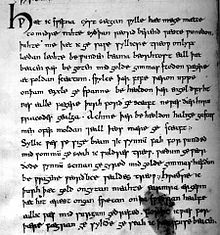 The third problem is that even purely Christian sources hold much value to those of us attempting to learn more about pre-Christian practices. This could come in the form of penitentials, sermons, Saints’ Lives, histories, and the like that list out (often in great detail) what the Heathens did as a tool for helping Christians avoid such practices. Or, it could be more subtle, in the use of language and terminology that provides insight into pre-Christian religion, because in order to describe Christian concepts, the author had to use Heathen vocabulary, such as we see in the Gothic Bible of Ulfilas, or the Anglo-Saxon poem The Dream of the Rood (which paints Jesus as the leader of a warband, and the Apostles as his thegns, and which itself might be modeled on a now-lost myth of the god Ingve).

The fourth problem is that even long after the people were nominally converted to Christianity, there remained a living undercurrent of pre-Christian remnants, often surviving under a Christian veneer. These can take many forms; popular superstitions, belief in and practices around elves/fairies/hidden folk/brownies/etc., holidays and folk-celebrations, nursery rhymes, dances and songs, and even Saints’ feasts, as we have seen in other articles.

Personally, I’m inclined to cast a wide net when I look for sources, and I don’t see that as in any way against reconstructionist principles.

One thought on “When does reconstructionism end?”