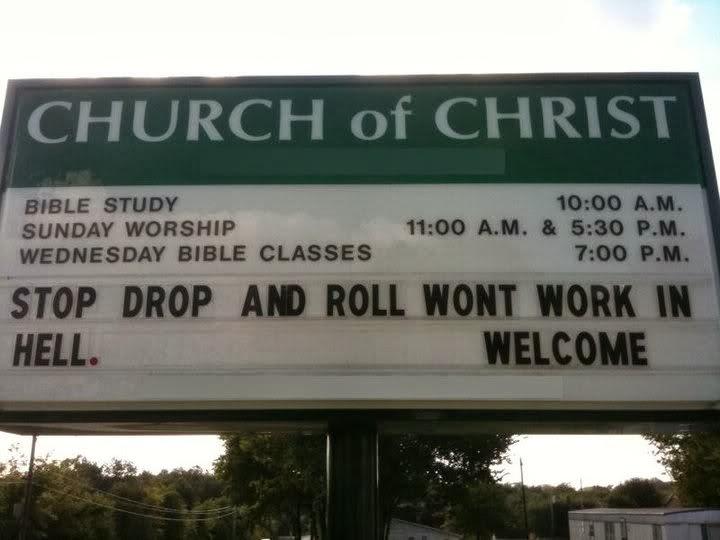 Say what you will about Christianity, but the Christians have a compelling narrative, which works on both fear and guilt. They then position themselves as the only outlet for assuaging that fear and that guilt that they themselves created. For two millennia, this has been a potent combination that has enabled them to gradually displace native faiths across the planet.

Fear, in the sense that they claim that their Jehovah has the power to condemn the souls of every human to everlasting torment after death, and will readily do so if one does not believe in Jesus:

Guilt, in the sense that they claim that their Jehovah made the ultimate sacrifice on behalf of mankind, and that to do anything less than acknowledging that sacrifice and acting upon it would be the height of ingratitude:

For God so loved the world, that he gave his only begotten Son, that whosoever believeth in him should not perish, but have everlasting life. (John 3:16, KJV)

That, in a nutshell, is Christianity’s “elevator pitch”. Believe in Jesus or be damned, and an ingrate to boot.

Back in the days before the coming of the White Christ, Heathens didn’t need to counter these sorts of arguments. There was no real competition from rapacious foreign religions seeking converts. The Danes and Swedes had their gods, the Romans and Greeks had their gods, and there was little attempt to force one’s own gods on others. Indeed, the reverse was true in some cases; the Pagan Romans actually had a formal ritual (evocatio) designed to invite the gods of an enemy city into Rome, thus depriving the enemy of the protection of their gods, making them easier to conquer.

Naturally, not being a Christian myself, I don’t buy into the Christian narrative. I don’t believe their Jehovah has the powers ascribed to him, and I certainly don’t feel any guilt about the death of Jesus (I’m not even convinced there was a historical Jesus, but that’s another story). And, I happen to think that we Heathens have something just as compelling to offer – kith and kin.

Heathens, particularly those of a tribalist bent, offer the promise of community to the Folk. Not just the community of a wide number of acquaintances that meet in a church once or twice a week to convince themselves that they shouldn’t feel afraid or guilty. Ours is a community in the sense of an extended family, quite literally. Odin and Heimdall are not just our gods, they are our ancestors. Members of a tribe or a kindred have a bond that is closer than any in a church or temple; they are literally becoming members of the same extended family, and can be relied on to come to each other’s aid without hesitation. Where the answer to a problem is not “I’ll pray for you”, but “what can I do to help?”

This is one reason the Germanic gift-cycle is so important – by the act of giving and giving back, repeated over and over, we strengthen those bonds which bring us together.

Therein lies one of the chief differences between the community experience of an Asatru kindred, as opposed to a Christian church. We don’t have any ulterior motives for forming our communities. We just want to welcome people home and enjoy their company for who they are. Our communities are truly extended families, with all that goes with that, not just associations of like-minded people.

The communities formed by Heathens are, in many ways, a balm for those in our modern society who feel alienated and alone. Modern society tends to pull us apart from one another, whether by work, by replacing face to face interactions with email and television, substituting wolfing down fast food with sharing a long meal with close friends and family, or pulling up roots and moving away from family for the sake of school or career.

The loss of “home” in our modern, atomized society is keenly felt, even if only on a subconscious level. By emphasizing that a return to the religion of one’s ancestors is, in fact, a return home, and that a kindred or tribe is, in no uncertain terms, a family, we can present the case for Asatru. A case made without guilt and without fear. A positive case, made of hope and belonging.

Young was I once, I walked alone,
and bewildered seemed in the way;
then I found me another and rich I thought me,
for man is the joy of man. (Hávamál 47)