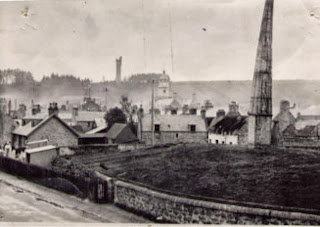 The Scotsman reports today that an 11th century Þing site was accidentally discovered while construction was underway of a parking lot. I love the fact that we are still finding so many details of history – so much still remains to be rediscovered!

Excavations at the Cromartie Memorial car park in Dingwall uncovered evidence of a mound that archaeologists believe was established in the 11th century as a gathering spot for a Viking parliament, known as a “Thing”.

When it was constructed the “Thing” would have been on a man-made islet in the estuary of the River Pefferey, historians claimed. They believe the mound was built on the instructions of Thorfinn the Mighty, a powerful Viking earl who died in 1065.

Much more at the link, of course. This has implications beyond the mere archaeological interest. The situating of the Þing site on a mound, especially on a man-made mound in the middle of a river, seems quite important, as well as being consistent with the evidence from other locations. For those modern Ásatrúar who seek to rediscover the social/tribal as well as religious institutions of our ancestors, it sets another example to follow.

On a practical level, situating the Þing site on a mound makes perfect sense. The speakers would want to be elevated above the crowds in order to be more easily seen and heard. The fact that the site was so deliberately set within a river speaks to some sort of ritual separation of the sacral Þing site from the mundane world, much as the site of holmgang was also on an island or islet.