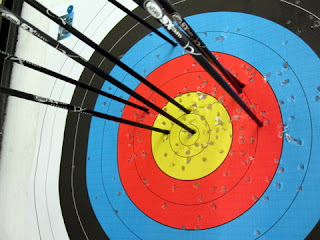 In part one of this series, I set some groundwork and asked some questions. In part two, I looked at sources (especially written, but others as well), and how to treat them. Now, I’m pressing on with the gaps and how to fill them in.

That gaps exist in the historical record is obvious. If there weren’t, we would have a perfect description of not only the foundational myths and legends, but also accounts of rituals (including the words spoken and the songs sung), contemporary ritual tools, and the like. But that is far, far from the case.

So that begs the question, how to fill in the many gaps? I propose a bulls-eye approach. And this works for ritual as well as mythological, organizational, social, and other considerations.

But that begs the question, where is that bulls-eye centered? 10th century Saxony? The 1st Century Teutones? There could be enormous variation, even though both are pre-Christian Germanic cultures. Those sorts of questions of triage are precisely the sort of thing that each modern group (or individual) needs to work out for themselves. Not everyone is going to agree with everyone else’s positioning of the center of the bulls-eye, and that should be okay. Tribal variations were the norm.

The next ring moves out both geographically and time-wise. Stay within a pre-Christian Germanic culture, but shift the focus either in time or geography, or both. It’s better to fill in the gaps with something we know is Germanic, and surmise is pre-Christian, than to make it up. You know the Saxons did something, but have no details, but have something sorta similar from Sweden a few centuries later? Use that first. 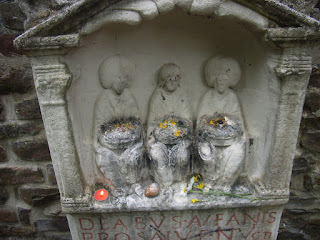 The next ring moves out a little more. This ring could go one of two ways (and the next ring out will be the one you don’t choose for this ring). Do you go with other pre-Christian Indo-European cultures, or do you bring in post-Conversion Germanic material? There’s no one “right” answer. This is when you know something was done, but you need details to fill it in. Do you go with a Roman or Vedic Hindu approach, or do you go through Scandinavian/English/German folklore for a model? The answer might well be situational; in some cases one will be more appropriate, in other cases the other will be.

The next ring is the most creative; this is where you have exhausted all the other options, but still don’t have the details needed to actually reconstruct something you know was done by the Germanic people, and you have a vague idea of how through parallel Indo-European and folkloric studies, but you are still missing specific words to use. Here you either invent them (being careful not to contradict the information you found in the other more inner rings of the bulls-eye), or ask the Gods and spirits for inspiration directly (I would say that the same applies, and acts as a safeguard against the possibility that you’re either talking to a mischievous spirit or are just letting your imagination run away with you and deceiving yourself into thinking it’s coming from some God or Goddess).

The best self-break you can have in this process is success. Remember that one of the reasons that Asatru is so compelling is that it is based on structures and material that were honed literally over tens of thousands of years of cultural evolution. When done properly, they speak directly to the Germanic psychology, even through the layers of modernity and Christianity with which history has saddled the vast majority of us. If something falls flat or feels false, or if further research contradicts something you’ve been doing, don’t be afraid to jettison it in favor of a new and more authentic approach.

The best example of this is the “Hammer Hallowing Ritual” that so many Asatruar in the 70’s and 80’s grew up with. It’s patently a “Heathenization” of the Wiccan “Calling of the Quarters”, and is a product of its times. But so many Asatruar today are so used to doing it, that the thought of tossing it out and replacing it with something that ongoing scholarship might indicate is more authentic (such as a fire processional, staking out a sacred space, etc.) doesn’t even occur.

Reconstructionism (and revivalism, for that matter) should be a constant process, informed by ongoing experimentation and scholarship. While there is much to be said for consistency and tradition, the potential benefits of doing something that is more authentic, and therefore will be even more effective, are great indeed.

One thought on “Towards a Theory of Reconstructionist Religion (Part Three)”