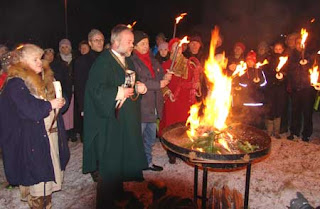 It is often said that Asatru in general is a “reconstructionist” faith, meaning that it attempts to reconstruct the ancient faith of the pre-Christian Germanic peoples. While this vague description is sufficient to dstinguish it from more modern eclectic and inventive religions such as Wicca in casual conversation, it is not satisfactory when one considers the details.

I’d like to begin exploring a more systematic approach to reconstructionism in general, which would apply to many faiths which fall under that banner, including Asatru (Norse paganism), Celtic Reconstructionism, the Religio Romana (Roman), Hellenismos (Greek), Romuva (Baltic), etc. While I’m mostly going to be using Norse/Asatru, and to a lesser extent, Roman/Religio Romana examples, the general principles involved should apply across the board.

At the outset, two fundamental issues must be recognized. The first is that, thanks mostly to the efforts of Christian supremacists to eradicate pagan and heathen religions, and the general ravages of time, we are often confronted with the fact that we have an incomplete record. Even the Religio Romana (Roman paganism), while blessed with a number of excellent contemporary primary sources, is lacking in many details. The situation is far worse with Asatru, where the literary corpus is almost entirely Christian in its provenance, and is almost entirely lacking in details (such as what rituals looked like, what words were spoken, etc.). 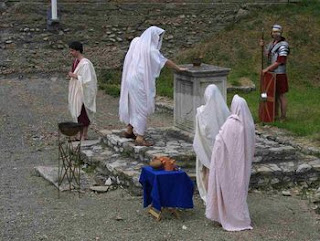 The second is that, by the nature of history and social evolution, it is fallacious to refer to “the Religio Romana” or “Germanic paganism” as if they were monolithic and never-changing edifices spanning centuries and hundreds or thousands of miles. We find, for instance, two distinct versions of the myth of the death of the Norse god Baldur; the Icelandic version portrays him as an innocent slain by Loki’s machinations out of spite, while the Danish version portrays him as a lust-filled warlord who goes to battle to take a wife who has scorned him from another man. Loki doesn’t appear in the Danish version at all. Gods appear in some places and not others, and even in the Religio the Collegium Pontificum would vote to make alterations over the course of time.

Given those two basic premises, we find ourselves faced with fundamental choices to make based thereon:

I don’t pretend that my answers to these questions will be universally accepted, but I hope to demonstrate that attention to them will result in a much more robust and viable reconstructionist experience. Those questions will be explored in subsequent articles in this series.

One thought on “Towards a Theory of Reconstructionist Religion (Part One)”