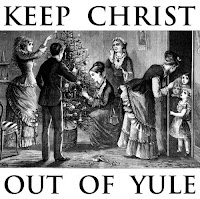 Yes, I know, we’re not even at Thanksgiving yet (here in the U.S., anyway, that informally marks the beginning of the Christmas season, even if the large stores tend to start putting out their Christmas stuff even before Halloween), but now’s the time to start thinking and planning for the coming Yuletide. There are things to be ordered, or made, or planned, or rehearsed, and the time to do all that is now, not a week before you’re going to have a hall full of revelers.

I’ll be reposting some of my previous research on topics associated with Yule, and posting some new stuff as well, but I wanted to kick things off by discussing the date itself.

We know that Yule is one of the “big three” holidays established by Odin, according to Ynglinga Saga, ch. 8:

Meanwhile, the Cleasby-Vigfusson Dictonary has this to say about Yule (jól), Midwinter (hökunótt), and the date upon which it fell:

The heathen Yule lasted thirteen days, whence are derived the names Þrettándi, the thirteenth = Epiphany, i.e. the 6th of January, as also the Engl. ‘Twelfth-night;’ it is however probable that the heathen feast was held a little later than the Christian (see hökunótt)

…mid-winter night, about the time of Epiphany, when the heathen Yule began … The heathen Yule seems among the Scandinavians to have been celebrated about three weeks later than Christmas; but the Norse king Hakon, who had been brought up in Christian England, altered the time of the festival, so as to make it correspond with the English Yule or Christmas; and so the heathen hökunótt came to represent our Christmas Eve. 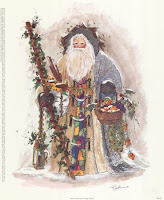 The reference here to 13 nights of Yule is questionable, as it seems to be unattested, and is most likely an adaptation of the Christian “Twelve Days of Christmas.” And it is actually flatly contradicted by the second reference, which states that Yule began on Epiphany! In fact, the Saga of Hakon the Good explicitly states that the Heathen Yule was three days long:

He [King Hakon] made a law that the festival of Yule should begin at the same time as Christian people held it, and that every man, under penalty, should brew a meal of malt into ale, and therewith keep the Yule holy as long as it lasted.  Before him, the beginning of Yule, or the slaughter night, was the night of mid-winter, and Yule was kept for three days thereafter.

But it’s still something that might bear more looking into.

Add to this mix is the fact that the Western world switched from the Julian to the Gregorian calendar, and most of the traditions associated with the winter solstice, or the longest night of the year, changed with them, moving several days “backward” on the calendar (the exact number of days is complicated, because of a variety of factors, but eight is a good ballpark figure). 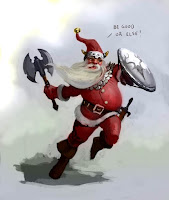 Thus, solstice-related activities, which in the 15th century would have fallen on December 13th when the actual solstice was, remained on that calendar date (because they had largely been transformed into Saints’ feast days, which were calendar-driven, rather than driven by celestial events) even though the solstice itself lurched forward to December 21st. This will become very important in identifying Heathen Yule traditions that had become Christianized, as we’ll cover in future posts, but it’s helpful to catalog the relevant Saints’ days for future reference:

The idea being that, if there are attributes of a given saint’s celebration that are unique to the North, it might be a vestige of a Heathen practice superimposed on a Christian holiday.

I submit that from a Heathen point of view, it makes the most sense to bring these solstice-related activities back to the actual date of the solstice, but there’s also the repeated references to the actual Yule celebration itself taking place three weeks after Christmas (so, mid-January). I think there’s an easy answer, and it lies in the giving up of our modern reductionist way of looking at everything as being part of some single Yuletide holiday. 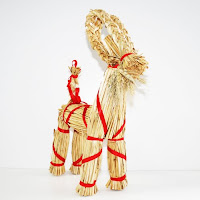 Just because the celebration of Yule was a three-day celebration starting in the middle of January (when the lengthening days would be apparent), that doesn’t mean there wasn’t a whole constellation of observances and folk-practices leading up to it, some connected with the solstice itself, some not. This also fits in with the notion that not every celebration is a collective sacrificial feast; some are more properly brought down to the family level, such as Mothers’ Night. We’ll be exploring all these things as this series continues.

So, it’s time to start thinking about Yule, but also to understand that there’s a whole load of activities and celebrations happening in December and January, and Yule is just the capstone.

HELPFUL PLANNING TIP: If you’re going to be using a Julebokk (Yule-goat) as a part of your Yule offering, now’s the time to order it! You can get a very nice one here.