So this is going to be a rare post where I disagree with Lucius Svartwulf Helsen, who earlier today posted As It Was In The Old Days… over at his usually-excellent Son of Hel blog. 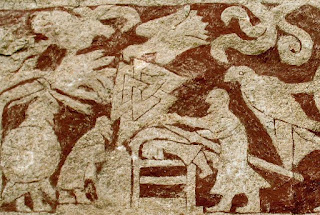 See, I consider myself on the reconstructionist end of the pool, and as such I really don’t have a particular problem with “our ancestors did it, so I’m okay with it” as a general principle. I think the specific examples the unis give regarding their anti-Folkish position are rubbish, but that doesn’t invalidate the general principle that, basically speaking, our ancestors spent tens of thousands of years honing their understanding of the Gods through a particular, if ever-changing, cultural lens, and they are therefore going to have a more accurate view of what those Gods are like, and what They happen to find pleasing.

That does not, of course, change the reality that our ancestors didn’t see such a division. To them, there was no difference between those things that were done for the Gods (or other spirits) and those things that were done between men. But on a practical level, in a world and a culture where laws are in place that do not recognize the primacy of “but my ancestors did it this way” as an argument, such a distinction is necessary.

So, when Helsen provides a list of things he finds… problematic… I find myself nodding in agreement with a lot of them. Of course, being a product myself of a 20th-21st century post-modern, post-Christian, mostly-secular, liberal democratic culture that is ever-more obsessed with individuality rather than clan/tribal identity, I am programmed to find some of them personally distasteful. But when it comes to things from his list such as:

I really don’t see the problem (although I’m going to ask where he got the fucking at the dinner table thing, because I don’t remember reading that in any of the Icelandic Sagas). 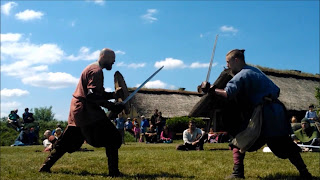 But killing each other over insults? Honestly, we could do worse than returning to a state of affairs when we didn’t rely on an impersonal justice system that was more interested in slavish obedience to written law, rather than a situational system that was self-enforced. Holmgang isn’t the worst thing in the world. But that’s a social, not a sacral, thing. I don’t see it as a religious imperative.

Fucking at the dinner table? I’m pretty sure I wouldn’t do it myself, and as mentioned above I don’t think that was a particular thing that our ancestors did, but I’m also not too concerned with Victorian mores concerning sex. As a rule, sex is a good thing, and the sooner sexual taboos that have been held over since the late 19th century go away, the better. But again, that’s social, not sacral.

Human sacrifice? Bring it on. We already execute criminals convicted of heinous crimes such as murder. If society deems they are to die, I see nothing wrong with doing it in a sacral manner that gives their death some meaning beyond mere vengeance. Bearing in mind that the objects of such sacrifice were state-defined offenders such as criminals and prisoners of war* (so it’s not just plucking random people off the street and hanging them), of all the things on his list, this is the first that deals with the Gods themselves.

Wholesale slaughter? I invite Helsen to watch any documentary about World War II. It is quite justifiable, and hardly confined to “the good old days.” So we return to the social. 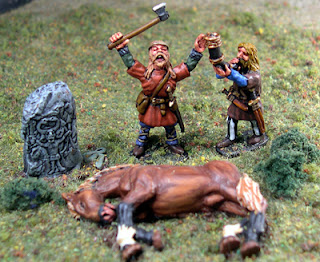 But animal sacrifice in particular I object to being on such a list. I’ve written before about the practice, and its centrality (and modern relevance) to Heathen religious religion. I’ve personally been to a swine-blot, and to this day it remains one of the most intensely spiritual rituals in which I’ve ever participated. It also falls in the category of “things relating to the Gods” rather than things relating to men.

In this case in particular, short of Odin Himself appearing simultaneously to every Heathen on the planet and telling them to stop, I’m inclined to err on the side of history, and accept the idea that this was pleasing to the Gods for thousands of years, and there is absolutely no reason to think that has changed just because humanity in the West has moved away from a largely agricultural lifestyle where such things are common, to a place where most people don’t care where the hamburger-wrapped-in-plastic came from.

The Gods are not beholden to mercurial changes in human mores.

And polyamory? I’d never do it myself, but if someone else wants to do it, in full knowledge of what they’re getting into, I don’t see why my own jealous nature should prevent other people from trying it. Everything above-board, known to and with the blessing of all involved, then my personal preferences shouldn’t be enough to stop them. Once more, social, not sacral. 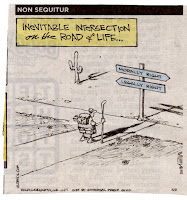 Now, Helsen has made the distinction between that which is legal, and that which is morally right, before, and I don’t disagree. Indeed, I think it has a very distinct impact on my own division between how our ancestors interacted with one another, and how they interacted with the Gods. But even there, it must be remembered that morality, as such, is a human invention, and the Gods are not held to the same standard as men. Thus do I make the distinction between the sacral and the social.

Again, the Gods are not beholden to mercurial changes in human mores.

If we accept the premise that our ancestors knew more about what the Gods wanted, based on their thousands of years of constant interaction with Them, and thereby honing their knowledge of what the Gods did and did not find pleasing (through observation of omens, comparison of outcomes, direct intervention, etc.), it stands to reason that we should defer to them in how we approach the Gods. And if the Gods find it pleasing to receive offerings of animals, or having capital punishment carried out by the State done in a sacral manner, then I’m frankly okay with it, as long as it can be done in the proper fashion.

I’ll weigh ten thousand years of religio-cultural evolution that says such things are right, against forty years of human cultural change that says some people don’t like it, any day.

__________
* The key being that the objects of such sacrifices are those already condemned to death by the laws of the land. Why not give their life a religious meaning beyond simple vengeance, or deterrent, or a cold calculation that it’s cheaper to kill a prisoner than imprison them for the rest of their life? If I was, for some reason, on Death Row, I would petition the court for such a death, to give my execution a deeper meaning that mere secularism can’t provide. Again, this is not about grabbing random (or even deserving) people off the street, hanging them, and sticking them with a spear.

5 thoughts on “Those were the days”