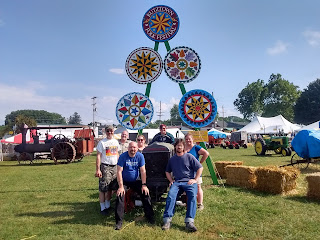 Yesterday the tribe went on a day trip to visit the Kutztown Folk Festival, a nine-day (!) celebration of all things Pennsylvania German (or Pennsylvania Dutch – even within the community, there is division on which is correct).

To get the mundane stuff out of the way; the festival was a total blast, and I highly encourage everyone to go next year. It was much larger than I expected, the food was one of the showpieces of the thing (all home made and entirely delicious) and the craftspeople selling their wares seemed on the whole to be the people who actually made what they were selling. From the extraordinary woodwork and quilts (of course quilts) to metalwork and hex signs, this wasn’t just a trip where you could find the same stuff on Amazon. These were the labors of individual craftsmen, and it showed.

I myself came away with a hoard of new books on Pennsylvania German culture, particularly their folk-magical practice of Pow-Wow/Braucherei/Hexerei, hex signs, and a wonderful book on Groundhog Lodges. Yes. Groundhog Lodges.

But what I really wanted to touch on was the reason why this sort of thing would be of interest to us as Asatruar. 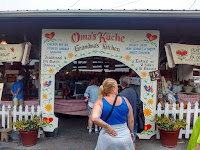 One of the great things about the Pennsylvania Germans is the fact that they represent a sort of time capsule of pre-Industrial Germanic culture. It goes way beyond the stereotypical Amish or Mennonites; these are, for the most part, modern folks living a modern lifestyle that happens to include strong ties back to the Palatinate in Germany. There are ties of language, custom, and religion that hearken back to a time in Germanic society that predates the coming of industrialization, and in some cases arguably before the coming of Christianity.

Since there is strong evidence that continental German culture and religion is strongly related to that of Scandinavia and England, the interest of such things to Asatru, which attempts to restore ancient pre-Christian Germanic religion, is obvious. It is possible to “de-Christianize” some elements, as the Urglawee experiment is attempting to do. 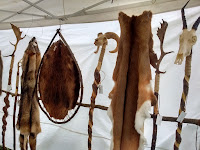 Strong evidence of the continuity of Germanic culture between Scandinavia and southern Germany can also be seen in their respective folk-magical practices; Trolldomr and Pow-Wow/ Braucherei/ Hererei. There are practices that are almost identical across both practices, and which can additionally be seen in the early conversion-era penitentials from the 5th century onwards, that speak of a commonality amongst the various Germanic tribal groups. There are similar commonalities between folk-practices which, on examination, can be traced back to possible religious sources as well. 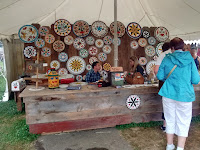 There were local variations to be sure, but the core seems to have been consistent. And the example of the Pennsylvania Germans is a window into that core that has retained its unique character well into the 20th century. It is, alas, dying out in the face of the relentless march of the global monoculture and American commercial society to homogenize everything, but fortunately we still have examples that we can reapply to our own work in preserving and reconstructing Germanic religion.