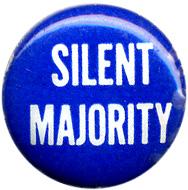 I should say at the beginning that this is specifically not an entry in the whole polytheist vs. atheist Pagan debate. Rather, I think that the polytheist side of the debate has been poorly represented until now, and I would like to take the opportunity to ruminate on that failure of my side of the argument to present a more balanced picture.

One thing that has been lost in the din of recent days is the voice of those polytheists—among whom I count myself—who believe in the literal existence of the Gods and Goddesses, spirits of the land, shades of my ancestors, etc. but who do not have the intense “devotion is everything” attitude towards Them that some do.

It is a misnomer (an understandable one, given the participants on that side of the discussion) that all polytheists must by their nature be God-spouses, engage in ritual “horsing” (possession by spirits, including one or more Gods), consult with Them multiple times every day on even the most trivial matters, and, most important, insist that anyone who does not indulge in such über-piety (or—Gods forbid!—deny Their existence) is somehow less of a “real” Pagan/Heathen than they are.

Historically, such cases are few and far between, and their true nature is shrouded in poetic language and possible misinterpretation. Even taking such accounts at face value, they represent an infinitesimal fraction of the total Pagan community of the time, and even of the total sub-community of Pagan priests and priestesses. Read the Pagan and Heathen polytheist blogosphere today and you can’t swing a dead cat without hitting someone who married Loki or who chats with Dionysus over breakfast.

For most of us hard polytheists, that crosses the line into what the ancient Romans termed superstitio (“excessive fear of the gods, unreasonable religious belief, superstition (different from religio, a proper, reasonable awe of the gods).” – from the entry in Lewis & Short). And of course there is no set definition of where the line is, and no central authority any more to make that determination, but each person knows it when he sees it for himself.

The vast majority of us hard polytheists don’t engage in such practices, and most of us look on them with suspicion. For many of us, even saying “Dionysus came to me in a dream and told me to marry Steve” would garner polite smiles whilst slowly backing away and avoiding eye contact, let alone claiming that one is somehow “married” to a God or Goddess, or that one is regularly literally possessed by a deity and used as a conduit for divine pronouncements.

Does this mean that hard polytheists do not believe in direct contacts with the divine? In most cases we do, but it is usually accompanied by a lot of cross-checking, soul searching, and other verification to make sure it’s not just our imagination run away with us. In many reconstructionist faiths there are also historically-based practices that are used to accomplish such divination, and following such practices tends to lend more credence to oracular pronouncements. And it’s (relatively) rare.

So, setting aside the broader polytheist vs. atheist Pagan debate, bear in mind that the vast majority of the polytheist side is relatively quiet. We make our prayers and offerings to our Gods weekly, or monthly, or at the cross-quarter days, or when someone we love is sick, or whatever, and still manage to believe in actual, literal, outside-ourselves deities. We can be pious without our piety consuming our lives. We tend to be more live-and-let-live (at least when it comes to excluding people from using the Pagan or Heathen label entirely), and we cringe when we see people on the extreme of our side of the argument say things like “Paganism that isn’t Deity centric isn’t Pagan” just like many atheists cringe when they see people on their side of the argument say things like “I see religious ritual primarily as a form of entertainment.”

Folks on the atheist side have spoken up, to their credit, saying that they, as a whole, don’t share that dismissive attitude. I hope that I can do at least a little to help foster the notion that those of us on the other side of the debate don’t all share the exclusionary attitude similarly on display by a (vocal) minority.

One thought on “The Great Silent Polytheist Majority”