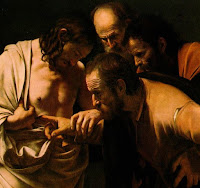 A few months ago I posted about the likely connections between the god Freyr and the Scandinavian incarnation of Saint Stephen, who had markedly different lore and customs attached to him in the North that was found elsewhere. The same thing seems to apply to another Christian saint who is venerated around the Yuletide in Norway – Saint Thomas.

In mainstream Christianity, Thomas is known as one of the apostles, famously the one who doubted that Jesus had been resurrected, and who had to put his fingers in the wounds to be convinced (hence “doubting Thomas”). His feast day is December 21st, the day of the Winter Solstice.

On St. Thomas’ day, English tradition includes begging for alms or cakes, sweets, or fruit, whence comes the ditty, “Christmas is coming / the goose is getting fat / go and throw a penny in the old man’s hat / if you haven’t got a penny, a ha’penny will do / if you haven’t got a ha’penny then god bless you.” In Germany, this sort of charity was practiced by employers towards their employees. Also in Germany, there is a custom of “spinning night”, wherein spinners would stay at their tasks all night in order to be able to enjoy the upcoming holiday (which is somewhat related to the Scandinavian custom, below). 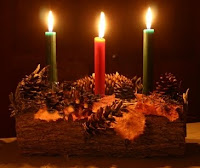 But in Norway (and in a more limited sense Sweden), he is also known as “Thomas the Brewer”, by whose day all work in preparation for the Christmas season must be completed, lest some accident befall the person who was behind their time, including the baking, butchering, wood chopping, and of course the brewing. On this day neighbors and friends would visit one another to sample the Yule ale that had been brewed.

This association of Saint Thomas with brewing (and charity) is not found in other Christian contexts, nor is his feast day near the Winter Solstice in the Eastern Orthodox tradition, and it was moved from December 21 (where it was placed in the 9th century, just as Christianity was coming up into northern Europe) to July 3 (in 1969, so it wouldn’t “interfere” with the other Advent activities) in the Catholic tradition. It’s still celebrated on the 21st by Anglicans and Episcopalians, and some others.

That leads one to the conclusion that there was some pre-existing association with brewing and the Winter Solstice, and/or the figure of St. Thomas was conflated with some pre-Christian figure, as we saw with St. Stephen and Freyr.

Naturally, the figure in Norse mythology chiefly associated with brewing is the giant Aegir (aka Gymer). However, there is no evidence for any cult associated with Aegir, unlike his counterpart Njord, who is also associated with the sea, but not particularly with brewing. It is interesting, however, that his children, Freyja and Freyr, are also associated with the Yule holiday. Could it be some sort of transposition of one of Aegir’s attributes to Njord? Could there be some long-lost correspondence between the two? Or is it simply a practical matter, wherein brewing ale for the Yule feast is something that needs to be done prior to the feast?

There aren’t any definitive answers to these questions, but the association of the day of the Winter Solstice with finishing up work prior to the Yule holiday, the start of the season, charity towards the young and elderly so they too might be able to enjoy the holiday, and the sampling of the ale that has been brewed in a spirit of friendship and camaraderie, seem like traditions that fit in perfectly with Asatru celebrations.