Last year I took a first stab at going through some of the lore regarding the feast of St. Thomas the Brewer, aka “Doubting Thomas.” This post is going to be something of a repost of that material, but with some added refinements based on my more recent researches. The original can be found here, but this article should be considered to supersede it, as I use it as more of a launching platform here.

In mainstream Christianity, Thomas is known as one of the apostles, famously the one who doubted that Jesus had been resurrected, and who had to put his fingers in the wounds to be convinced (hence “doubting Thomas”). His feast day is December 21st, the day of the Winter Solstice, in the Gregorian calendar. The key here, I think, is that we see a conflation of customs that go with the solstice, and some that belong more properly to the “shifted” Julian date, which would place them around December 29 or thereabouts. That date will be important in a minute.

But in Norway (and in a more limited sense Sweden), he is also known as “Thomas the Brewer”, by whose day all work in preparation for the Christmas season must be completed, lest some accident befall the person who was behind their time, including the baking, butchering, wood chopping, and of course the brewing. This is key to identifying northern traditions that have been superimposed onto Christian saints; when they exhibit behaviors or have associations that are unknown elsewhere.

Besides the northern-only tradition of brewing being associated with this day, on St. Thomas’ day, English tradition includes begging for alms or cakes, sweets, or fruit, whence comes the ditty, “Christmas is coming / the goose is getting fat / go and throw a penny in the old man’s hat / if you haven’t got a penny, a ha’penny will do / if you haven’t got a ha’penny then god bless you.” In Germany, this sort of charity was practiced by employers towards their employees. But the website Catholic Culture gives it thus:

In England, this was a day of charity, when the poor women went a “Thomasing” or begging. Wheat was cooked and distributed for the poor.

That brings to mind what we discussed earlier regarding St. Lucia, whose feast day should fall on the solstice. She was associated with wheat and grain… I daresay that could be a transposition of a bit of St. Lucia onto the “right” day. It’s of course impossible to say for sure, but it would make sense given the shift in dates with the calendar change. Things are going to be messy.

This association of Saint Thomas with brewing (and charity) is not found in other Christian contexts, nor is his feast day near the Winter Solstice in the Eastern Orthodox tradition, and it was moved from December 21 (where it was placed in the 9th century, just as Christianity was coming up into northern Europe, which I think is very significant, and also when the Julian calendar was in use) to July 3 (in 1969, so it wouldn’t “interfere” with the other Advent activities) in the Catholic tradition. It’s still celebrated on the 21st by Anglicans and Episcopalians, and some others.

So what we have at this point: 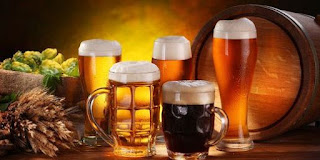 Why is that last bullet important? Quite simple. It takes two weeks to brew beer.

We have also promised that every husbandman and his wife shall join in an ale feast, all sharing equality, and bless it on Holy Night with thanks to Christ and Saint Mary for peace and a fruitful harvest. And if this is not done, they shall pay a fine of three marks to the bishop. And if a man allows three winters to pass without giving an ale feast, and he is accused and convicted of this, or the penalties that we have added to our church law, he shall have forfeited his goods to the last penny; and the king shall have one-half of it, and the bishop one-half. But he has the choice of going to confession and doing penance; remain in Norway; but if he refuses to do this, he shall depart from the king’s dominion.

The working assumption being that, just as the date of Yule had been moved up three weeks to correspond with the Christian Yule, so too were traditions and requirements similarly moved up. That would mean that the brewing of ale, and the holding of an ale-feast, would have been regarded as mandatory for the Yule season as well.

And when would you start brewing that ale for the feast? A week or so after the solstice. Two weeks before the celebration of Yule. December 21st, O.S. If you didn’t start brewing by then, you wouldn’t have any ale for the expected (and perhaps mandatory) ale feast. It could take longer to make a good brew, but this was the last chance. And that last chance was recognized in the popular imagination, and because of the date, eight days after the solstice, it became superimposed onto St. Thomas, because that was his newly-minted feast day. 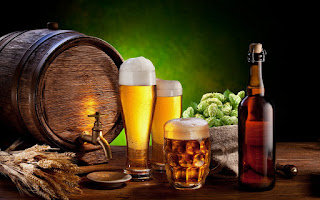 I don’t see this as a “major” holiday by any stretch. Merely a marking of the fact that the brewing better be done by now. But it’s something to mark in the calendar, and especially those who do their own brewing should take note of this important deadline!

Since the day is a deadline unto itself, I don’t have a Helpful Planning Tip for this post, but here’s a cool Viking brewing link: Where were the Viking Brew-Houses?