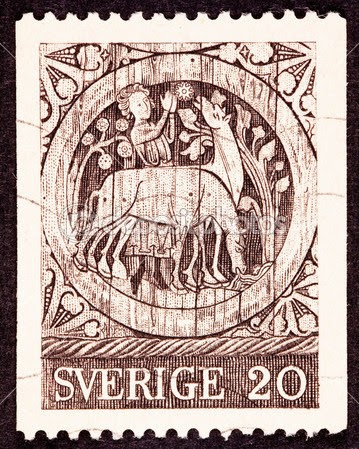 It’s well-known that certain Celtic deities were imported nearly wholesale into the Christian pantheon of Saints, with the most obvious example being the Celtic goddess Brigid, who is now known as St. Brigid. However, there are also similar correspondences with Germanic deities. One such is St. Stephen, known from the New Testament as the first martyr (or proto-martyr, since his death came before Christianity was founded, as such; see Acts 6-7). Some sources report an 11th century missionary named Staffan, with whom the Biblical figure may have been conflated. I first became aware of this saint, and his possible connections with the Norse god Freyr, in Pamela Berger’s The Goddess Obscured: Transformation of the Grain Protectress from Goddess to Saint

, pp 110-112, although she goes further and conflates him with the goddess Freyja, which doesn’t seem all that justified (or necessary).

What’s intriguing is that when the North began to be converted, and the saints of Christianity began to enter the public consciousness, they were mapped onto pre-existing Heathen religious and folk-customs. In the case of St. Stephen, this mapping occurred due to the proximity of his feast-day (December 26th, known as Boxing Day in England) with the Heathen Yule (ON Jól) celebration, which was held around the winter solstice.

The winter solstice celebration was associated with the god Freyr. According to Ynglinga Saga (ch. 8), the mid-winter, or Yule, sacrifice was made “for a good crop”:

While Gylfaginning (ch. 24) makes it plain that it is in fact Freyr to whom such supplications for good harvests were made:

Freyr is the most renowned of the Æsir; he rules over the rain and the shining of the sun, and therewithal the fruit of the earth; and it is good to call on him for fruitful seasons and peace. He governs also the prosperity of men.

The association of the boar with both Freyr and Yule is well-known. Freyr is said to ride a golden-haired boar, named gullinbursti, and feasts of pork around the solstice (originally associated with Yule, and transferred to the new Christmas holiday) were traditional well into the Christian era. In modern Sweden, boar-shaped cakes are a traditional Christmas dish. Even as late as the 18th century, December 17th was called Sow Day in the Orkneys, and the best sow of the herd would be slaughtered, obviously a hold-over from the ancient Yuletide boar sacrifice to Freyr, as described in Hervarar saga ok Heiðreks (ch. 10):

And they would sacrifice a boar in the sonarblót. On Yule Eve the sonar-boar was led into the hall before the king; then people laid their hands on its bristles and made vows.

In addition, there are connections between Freyr and horses. Hrafnkel’s Saga tells of a horse, Freyfaxi, that was declared sacred to the god, and which it was forbidden to ride. Skírnir took Freyr’s horse, Blóðughófi, with him to woo the giantess Gerd, and there is some hint of an association with Freyr and the Scandinavian custom of horse-fighting.

Now, the association of St. Stephen with these traditions becomes apparent when we see the differences in how the saint appears in the North, compared to the Mediterranean world of his origin. In the Biblical account, Stephen is a deacon, but in the folk-tales told about him in the Scandinavian nations, he is a stable groom, indicating the association with horses (no such horse associations seem to be native to the Biblical character).

One such tale even specifically states that Stephen was bringing in a boar’s head for Herod’s Yule feast immediately before his untimely demise. The scene is not only recounted in several ballads of the period, but also on the baptismal font at Stänge. (The folktale version of the story also involves a cooked cock coming back to life to announce the divinity of Jesus.) In England, St. Stephen is the patron saint of horses, also echoing the association of Freyr with horses, and an English folk-ballad about Stephen reinforces his connection with the boar’s head feast of Yule/Christmas:

“Stephen out of kitchen came,
With boarës head on hand,
He saw a star was fair and bright
Over Bethlehem stand.”

So on the one hand, we have the god Freyr, associated with a great Yuletide sacrifice and feast, associated with boars and horses. On the other hand, we have the “northern version” of St. Stephen, whose feast-day is during the Yuletide, and whose folk-tales are associated with boars and horses. It does seem to be a bit more than a coincidence, especially since the associations of Stephen with the boar and the horse are northern folkloric additions, and the proximity of his feast-day with the already-extant sacrificial feast in honor of Freyr gives a positive reason for the association. 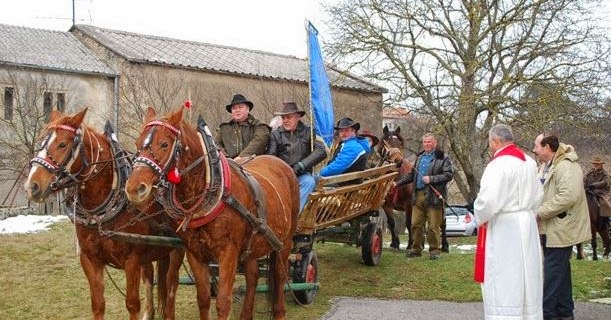 In other words, when the Church imported their St. Stephen and imposed him on the peoples’ Yule celebration, the people in turn superimposed some of their own folk-beliefs about what the subject of the solstice feast should be like, and that is retained in the various folkloric associations.

On a practical level, I think this gives we modern Asatruar a potential source of color and customs for our own Yule celebrations. Some of the early modern customs associated with Stephen in the northern countries (but not the southern ones) come to mind, but there are doubtless others that are practiced on the saint’s feast-day in Scandinavia and England (and sometimes even as far south as central Europe) that do not exist in the Mediterranean nations, and thus might be survivals from pre-Christian times: 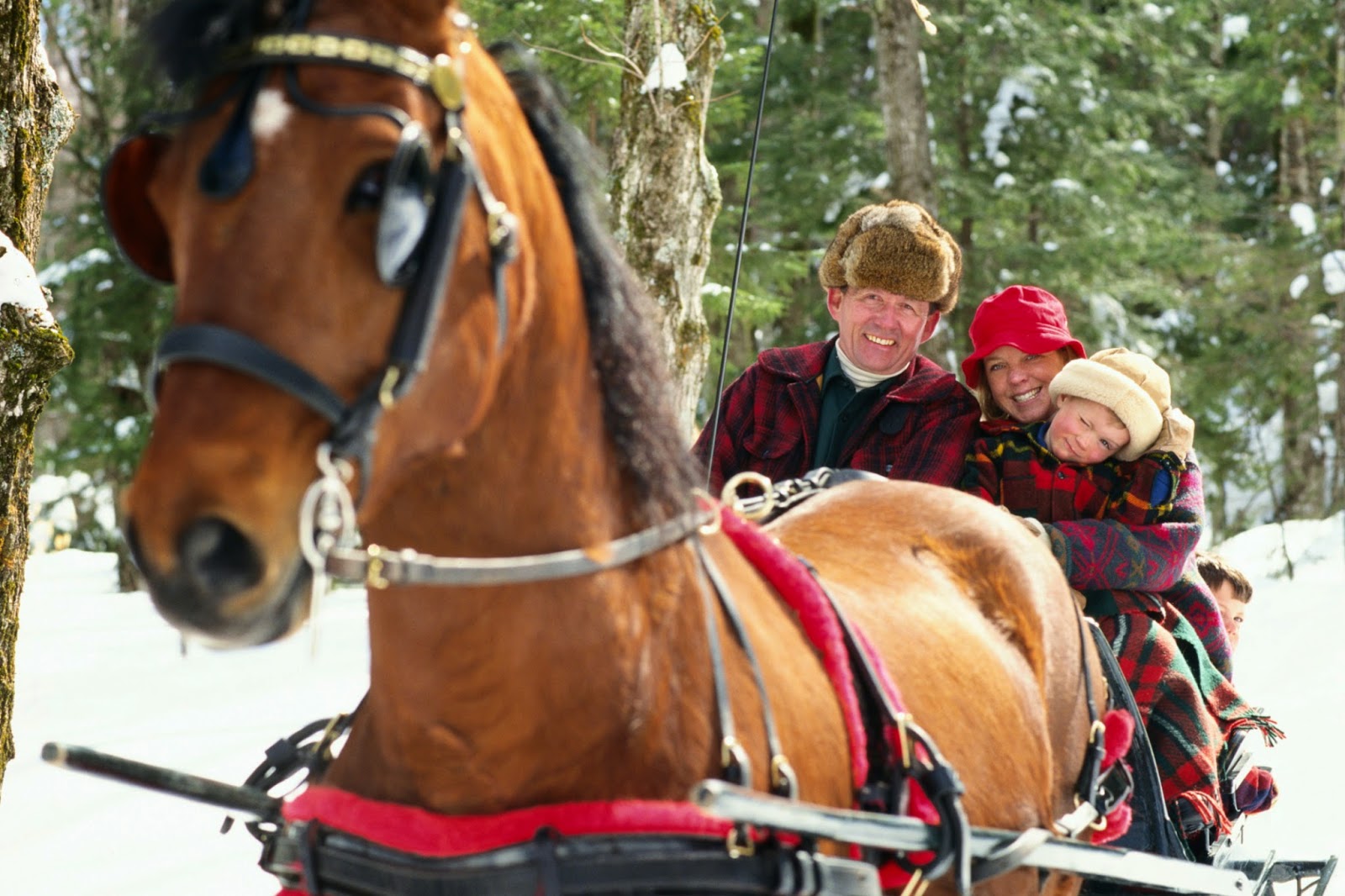 Furthermore, the association of the holiday with the practice of guising (dressing up in animal disguises as a celebration of the New Year, which was specifically banned by the early church as they expanded their conquest of the North) seems obvious, but remains I think a topic for a separate discussion.
Additionally, there are a large number of customs associated with “Wren’s Day” on December 26th as well, but since there doesn’t seem to be any association with either Freyr or the biblical Stephen and the wren, it is possible that that is more a survival of some Celtic practice, and might yield fruit to those who are interested in that side of the aisle.

Yeah, I know it’s April, and it might seem weird posting something about Yule traditions, but the time to start thinking about this stuff is now, not two weeks before the actual holiday!