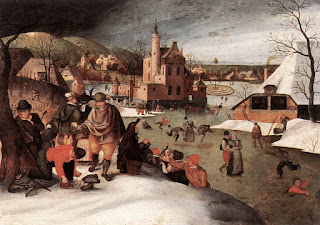 In light of some recent discussions about holidays and the calendar held over on the Facebook Reconstructionist Heathenry page (which I highly recommend for quality and erudite discussion on matters of historicity), I’ve been thinking about the origin of the three sacrifices Snorri attributes to Odin in Ynglinga Saga. Here’s the ON (via heimskringla.no):

The three times we are given are “í móti vetri” (at the start of winter), “at miðjum vetri” (in the middle of winter”), and “at sumri” (at [the beginning of] summer).

Now, Yule (presumably the “middle of winter” celebration mentioned) is well-attested prior to Snorri writing in the first part of the 13th century. But what about the other two? Is there any attestation for a sacrificial holiday at the start of winter or at the start of summer?

Bede is well worth mentioning, as he was writing in the early 8th century. In his De temporum ratione (“The Reckoning of Time”) he includes a chapter on the English months, which are based on the Anglo-Saxon calendar, and which he explicitly states are lunar in nature. It is important to note that Bede doesn’t speak of specific celebrations, but attempts to link the names of the English months with the significance in the pre-Christian calendar among the Anglo-Saxons.

Winterfilleth can be called by the invented composite name ‘‘winter-full’’.

He essentially admits defeat when it comes to the meaning of the name of the month. And it doesn’t seem to have any significance beyond “winter is coming.”

Of the spring celebration (marking the transition between the Germanic winter and summer; they didn’t have spring and autumn as such) which Snorri says is a “victory sacrifice”, he says:

Eosturmonath has a name which is now translated‘‘Paschal month’’, and which was once called after a goddess of theirs named Eostre, in whose honour feasts were celebrated in that month.Now they designate that Paschal season by her name, calling the joys of the new rite by the time-honoured name of the old observance. 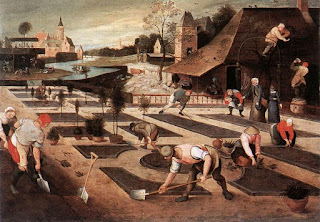 The question is, is Bede’s Eosturmonath connected to Snorri’s start-of-summer sigrblót? Since the calculation of the proper time of Easter was of paramount importance to the medieval church, this particular passage has received a lot of attention. None of which has anything to do with “victory”, unless one counts Jesus’ “victory” on the cross. But if that’s the connection, then it leads to other problems with Snorri; specifically that he is drawing his own ideas from Christian sources. More on that below.

As an aside, I will leave that particular conundrum – explaining how being nailed to a piece of wood to die horribly while your lungs slowly fail and you linger in an agonizing death for days counts as “victory” – to other minds. Fortunately that is not my problem to explain.

So I must say I don’t see any concrete evidence that connects Bede’s account of the English months with the “beginning of winter” and “end of winter” accounts we see in Snorri.

So where do they come from?

The obvious answer is that Snorri is reporting accurately, and these were genuine Heathen traditions that go back into the depths of antiquity. But if that were the case, I would expect to see some evidence of them in some other source. Anything. But the evidence for these two celebrations before the 13th century is, as far as I can tell, nil (I welcome folks to point out sources that I am forgetting here, please point me to sources in the comments!).

So, if Snorri isn’t talking about genuine Heathen traditions, where might he have gotten the idea from? 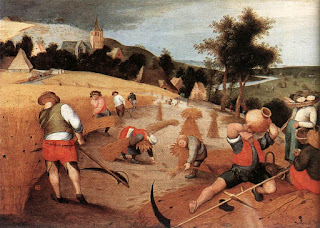 That brings us back to the Ember Days, which we have discussed before. First introduced as early as  220 CE by Pope Callixtus I, it was adopted in fits and starts across the West, first in Britain, then Gaul, then Spain, then Italy. They take place three (four, later on) times a year; Advent (December), Lent (March/April), Pentecost (May/June), and September, thus approximating the solstices and equinoxes.

It’s worth noting that the Lent (Spring) Ember Day was added no later than the late 5th century. So originally there were three (although a different three than Snorri reports).

Without any earlier source than Snorri that specifically mention religious significance to those days outside of a Christian (or Roman pagan) context, I have to wonder. Is he inventing the “Heathen” sacrifices in the transitions between the Germanic seasons, based on the Christian Ember Days? Is this a common Indo-European thing, since the Ember Days were originally based on the pagan Roman ritual calendar? Or is this a genuinely unique Heathen concept that was independent of both the Romans and the Christians, and Snorri is relating a new fact that went unreported for 1300 years? 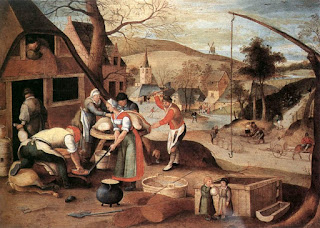 I don’t claim to have an answer. I’m just asking questions at this point, and gathering data. But it would indeed be significant if Snorri was simply mapping already-extant ideas of when “pagan” sacrifices happened, based on when the Church said religiously significant things were supposed to happen. What I would love to see is irrefutable evidence that the Germanic people made sacrifices in what we today call spring and autumn. Something without contamination by either pagan Roman or Christian sources.

Until that happens, I must question whether Snorri got the ideas for his dates from the Ember Days, or whether those just happened to line up with ancient Germanic sacrificial holidays. I welcome additional sources to plug into the equation.

One thought on “Snorri and the Ember Days”