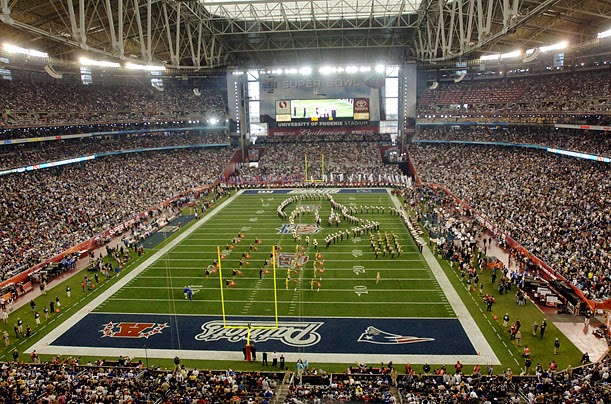 John Beckett, writing at Patheos, has a fascinating article up about the uses (and misuses) of “spectacle” in modern America. It itself was inspired by yet another, also fascinating, article by Connor Wood on the subject of spectacle in America, inspired by the Super Bowl. I’d like to mull some of the ideas Mr. Beckett presents in his article, and see if there might be something to apply to modern Asatru. It helps that I’ve also been involved in helping a local Theodish group with their own ritual structure and so forth, so this is foremost in my mind lately.

First, I think it’s important to rid ourselves of the stigma associated with the term “spectacle” in modern English. In some ways, it has a connotation of something embarrassing, as in “she made a spectacle of herself”. But I think it should be looked at in its original meaning, “anything presented to the sight or view, especially something of a striking or impressive kind … a public show or display, especially on a large scale.”

I think there is a place for spectacle in modern Asatru, and I think Mr. Beckett is right on point when he says:

Let me be clear: spectacle is no substitute for deep, meaningful, authentic ritual and worship.  If all you do is spectacle, you’ve got a pretty weak practice.  But spectacle has value.  It makes a big bold statement about who you are and what you value.

With our knowledge of myth, familiarity with mystery, and skills with ritual, Pagans [and Heathens] are uniquely qualified to create and present spectacles that are far more helpful than the Super Bowl. 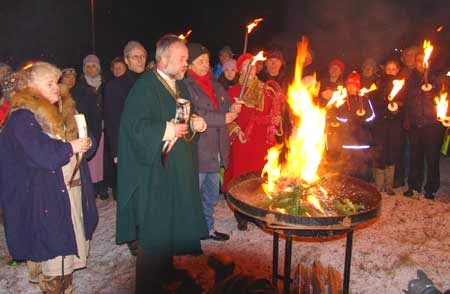 Asatru already has this implicit in the way we do ritual. We already differentiate between the rituals that are done at home, on the family level, and those done in a group, at the kindred or tribe (or whatever other label is used) level. These are the rituals that, through offerings and the strengthening of the Germanic gift-cycle, help us connect with the local land-wights, one another, and ultimately the gods. They are, at their core, humble (in the sense of small) and intimate.
So why not take it a step further and add another level to our practice? Something designed to be flashy, to be awe-inspiring, and to be big and bold and brash, and impress the people who live in our towns, our cities, and our states just how “cool” it is to be a Heathen.
This need not be something hollow or spiritually empty. Far from it. But it would necessarily not be something intimate. A blót, properly done, is an intimate thing, something that not only binds the participants to the Gods, but to one another.
I think this disconnect might be an explanation for why many if not most public rituals, with a large mixed audience, fall flat. No amount of explanation ahead of time is going to adequately prepare someone for the sheer personal experience of a well-done ritual. That’s something that is gained with experience. To try to apply that same sort of experience on a truly large scale will almost always fail.
In ancient times, I think the nine-year sacrifices that were held at Uppsala fulfilled this function. A sacrifice of a single swine is an intimate act. A sacrifice of hundreds of animals, in the presence of hundreds or thousands of people, loses that intimacy and becomes spectacle. Does that rob it of its spiritual significance? I would say emphatically no. It just moves that spiritual significance from something that is experienced at an individual emotional level to one that is experienced at the level of an entire group of people. 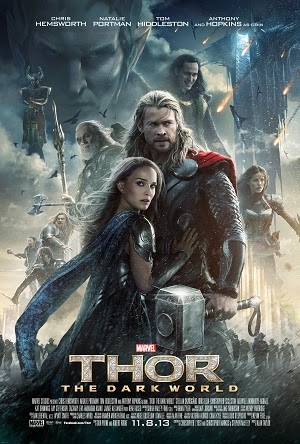 In modern times, such a spectacle must necessarily change in form, for a variety of reasons. First and foremost, mass animal sacrifices would not be seen as acceptable, both within and without the Asatru community; the reaction to such mass sacrifices in Hindu communities, where they have been done for thousands of years, shows that modern Western audiences would lose more than they would gain.
So what form should such spectacle take? Let’s look at some of our modern spectacles for inspiration. Big sporting events, blockbuster films, celebrity awards ceremonies… Before you roll your eyes in disgust, remember that I’m talking about taking the form and applying it to a spiritual purpose. Thor 2: The Dark World is surely a spectacle and without any spiritual content. What if there were a film that had just as high production values, and just as awesome fight scenes, but with a message that demonstrated the impact that faith in Thor can have on a common man? Or an enormous televised gathering of Asatruar, with flashy and eye-catching entertainment, showing off the good things that Heathenry can and does do.
I don’t offer these notions as definite proposals, of course; they’re just conversation-starters. I just want to get people thinking in the direction that sometimes big and flashy and entertaining isn’t necessarily also vapid and commercial. If we take the tools of the spiritually empty and materially-centered culture around us, and turn them to noble ends, we might do very well, and follow in our ancestors’ footsteps in the process.