I know it seems like I’m on a Sarenth Odinsson roll lately, but honestly it’s something of a coincidence. In this case, he wrote a (first) reply to my post on atheist pagans, pointing out an aspect of the discussion (religion vs. culture) that I myself thought of while I was writing my post, but it was getting so long that I didn’t include it. So I’m glad Sarenth caught the same thing, because it shows I was communicating my point properly:

these were intact cultures with room for non-believers, whereas, for our purposes, we are strictly reviving our religions, and the culture will follow after.  We simply have a different demographic makeup.  Americans don’t have the investment in anything like an Althing culture, Gebo is practically nonexistant as a feature of regular life here, and that is with contracts and contractual reinforcement. I think there’s room for non-believers in our culture, but there’s also a reason I don’t invite them to my Northern Tradition Working Group or Study Group.  These are polytheist religious groups. [Emphasis, and double-spaces after periods, in the original.] 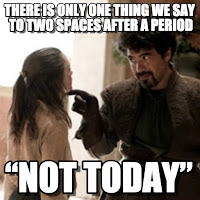 What are we reviving?

Now, I can’t speak for Sarenth specifically, or anything outside my own experience of American Heathenry, but from my perspective we are indeed trying to revive more than just a religion. It would be impossible to do otherwise, because in the ancient Heathen mindset (and, indeed, in much of the Medieval and pre-modern mindsets), there really wasn’t any distinction between religious and non-religious activity. Religion permeated every aspect of life, from farming to warfare to weaving to metalworking. 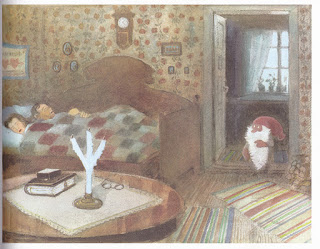 And many of us in the Heathen community are trying to recreate that sort of mindset. A magical mindset where the spirits of stone and stream and tree are everywhere, where there really is a tomten in the corner, and where the birds sometimes fly in a particular direction because the Gods want to tell us something.

We are creating a subculture within the larger host culture, somewhat more isolated and self-sufficient than the norm. We do embrace the concept of the Germanic gift-cycle, and we really do embrace the Germanic ideals of honor and courage, and practice all those things and more among ourselves, even if the larger host-society does not. We can still invest in those things, and bring up our children with those ideals, even if the broader culture does not.

Note that this is not to say that we are completely isolated and off the grid (although some Heathen groups do tend more in that direction than others). I still watch television, and I’m still looking forward to the next Star Wars movie (no, seriously, I already have tickets for the premier of Episode VII), and I still have a full-time job that doesn’t involve blacksmithing. But at the same time, we can live in the broader culture and still retain those aspects of our own subculture that define us as Heathens. We’re not the only religious minority to do so, and it’s certainly not impossible.

Just because we don’t live in a Germanic “honor culture” doesn’t mean that we can’t embrace such a thing ourselves, and live by it. In a lot of ways, that’s why we’re so baffled by, and often hostile to, today’s über-Politically Correct culture, with its victim mentality, “microagressions”, and expectation that any offense is something that should be dealt with by getting someone from the outside to either prevent or punish the transgression. It’s just not how we think. It’s not our culture.

And I daresay the reason the atheists still want to count themselves among us (in hyphenated form, sometimes) is because they value that culture. It is also the case that, in ancient times, there really wasn’t anywhere for an atheist to go. The only options were, operate within the host society (which at that time was overwhelmingly pagan and polytheistic) or suffer outlawry or exile (and even then, it’s not like there was some atheist colony somewhere they could go to; it was pagans everywhere you turned). In today’s society, there really are options, including simply embracing the host culture and abandoning the Heathen (or Pagan) subculture.

So in that respect, I can see how someone might object that, now that there’s an option for atheist pagans to choose, they’re not doing so. They’re sticking around in the Heathen/Pagan subcultures, and in some cases, trying to change them. I get that, and it’s the “trying to change them” aspect that I specifically disagree with. If an atheist Pagan or Heathen does remain within one of those subcultures, it must be with the implicit understanding that the subculture is as it is, and isn’t there for the atheist to turn it into something it’s not. If that’s their goal (and I think it is, at least for a small but vocal number of them), then they really should abandon ship and create something of their own, and stop trying to change what the rest of us have, and believe.

So on that point at least, I think Sarenth and I can agree.

3 thoughts on “Reviving culture vs. religion”