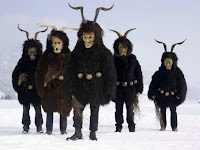 Over at The Week online magazine, Pascal-Emmanuel Gobry frets that “paganism” could make a comeback in our post-Christian society. While it’s nice to see that he feels the teeth of the wolf at his throat (Gobry is a fellow at the Ethics and Public Policy Center, which is a Christian organization “dedicated to applying the Judeo-Christian moral tradition to critical issues of public policy”), the sheer amount of incorrect assumptions and facts in his article invites rebuttal.

He starts off very well: 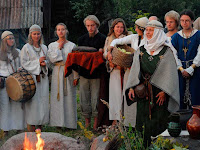 After then (correctly) asserting that the Pagan world-view fills the world with “agency” (associating natural phenomena with intelligent agents who can, in theory, be treated with), he quickly descends into typical Catholic hysteria and misinformation about what Paganism (and Heathenry*) was and is, when he states that Paganism is inherently amoral:

A more accurate description is that paganism was amoral. Paganism, as such, had no explicit moral teachings. It certainly had no teachings against slavery, including sexual slavery, or against adultery, oppression, poverty, or anything else, for that matter. This is not to say that paganism was immoral, or that pagans were more immoral than any other sort of person. It was just that people saw religion and morality as two completely different things. 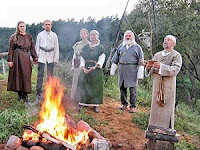 It is the height of presumption and irony that Gobry’s definition of amorality is a lack of teachings against slavery (the Bible not only condones slavery, but actually requires it in some circumstances), sexual slavery (the Bible also condones such, specifically selling one’s own daughter into sexual slavery), adultery (the Bible prescribes the death penalty for adultery; if that’s his idea of “morality” then he’s welcome to it), oppression (witness the Hebrew conquest of Canaan, which resulted not only in great oppression, but genocide), and poverty (Jesus himself says it is impossible to obliterate poverty).

So don’t presume to lecture me on Paganism’s lack of morality, thank you very much. By his own definition Christianity is equally (I would argue moreso) amoral.

But is it true that Paganism “has no teachings… against anything else”? Hardly! Bearing in mind that Paganism is mostly orthopraxic, rather than orthodoxic (that is, more concerned with right behavior rather than purity of ideology), it could hardly be otherwise. Culture and religion were inseparable in Pagan times, and so it’s impossible to tease apart cultural mores from religious dictates. The Pagan Norsemen valued honor and courage. But they also valued loyalty to family, tribe, and lord; the importance of oaths; and hospitality. The Pagan Romans had their Virtues; clementia (mercy), frugalitas (frugality), salubritas (personal health and cleanliness), severitas (self control), firmitas (tenacity), and many others. To say that the Greeks had no morality would come as a shock to people like Aristotle.

Just because Pagan morals are not his preferred morals does not make them any less real.

But then he turns down a very bizarre road when he states that Paganism was based on sacrifice:

The entire cosmos was a chain of sacrifice, life feeding on itself. The gods, then, were something like cosmic mobsters — a semblance of order, a respite from the powers of fate, could be bought by propitiating the gods through sacrifice, like cosmic protection money. Like mobsters, the gods had a sociopathic streak and might not follow through on their end of the deal even if you held up your own, but it was too risky not to try.

The temptation to guffaw at his assertion that Pagan gods are sociopathic is strong, given the many genocides his own god has not only directed his followers to undertake, but which he himself has undertaken (his body count stands at an estimated 25 million people, based on what’s in the Bible).

But then he goes on to use scapegoating as an example of why Paganism is lacking:

While the myth of Oedipus tells us that Oedipus was guilty and this is why his punishment was just, the Biblical story of Joseph has Joseph being wrongly accused of another sexual crime — trying to rape pharaoh’s wife — and good things happening to the nation only when Joseph is recognized as innocent and vindicated. This anti-scapegoating narrative, of course, reaches its apex in the figure of Jesus, who is scapegoated by every legitimate authority, political and religious, yet vindicated by God through his Resurrection.

But in doing so he seems to have forgotten that the very term “scapegoat” COMES FROM THE BIBLE ITSELF:

He is to cast sacred lots to determine which goat will be reserved as an offering to the LORD and which will carry the sins of the people to the wilderness of Azazel. Aaron shall bring the goat whose lot falls to the LORD and sacrifice it for a sin offering.

Yes, that’s right. He’s complaining about the Pagan tradition of making sacrifices to the Gods, while in the very same breath using the term for Biblical animal sacrifice to do so. It boggles the mind. His other complaints about human sacrifice are similarly ironic, given the Biblical story about Abraham and Isaac. 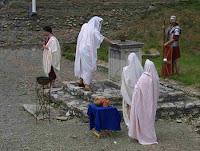 He then ends with the obligatory attempt to link Paganism with the Nazis, which is so perfunctory it almost seems like it was done reflexively. This, despite the fact that the Nazis rounded up their own Pagans and put them in concentration camps.

Gobry forgets one important element to the definition of a “scapegoat”. The scapegoat is, itself, blameless, and is used nonetheless as a receptacle for sin, and is sacrificed accordingly. The Pagan concept of sacrifice is far different. The offering is used to reinforce what is known in the Norse tradition as the “gift cycle”. It’s a gift, given in friendship to help reinforce a relationship of friendship between ourselves and our gods. It’s not something that’s done in quivering terror, trying to propitiate some capricious deity, like Jehovah of Sinai, who sets up all sorts of random rules that run counter to human experience and need and calls it “morality”, claiming that he loves us despite what miserable failures we are at following his arbitrary rules. 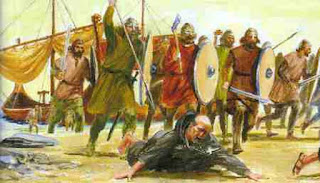 Yes, Mr. Gobry. We Pagans are coming. The construction of the temple in Iceland is but a small part of the process. Your foreign desert god is being cast out of Europe, and cast out of the souls of those of us whose ancestors hailed from Europe, like removing heavy iron chains. Ours are Gods of joy and war, hot sweaty sex and the cool rains of spring, the power of the thunderbolt and the ripening of the grain.

And the reason we will triumph is that your god claims to love us despite who we are. But our Gods love us because of who we are.

__________
* Because Gobry does not make any distinction between the two, for purposes of this article I’ll treat Pagan and Heathen as interchangeable. He’s obviously unaware of the intricacies of such nomenclature.

One thought on “Paganism’s Comeback”