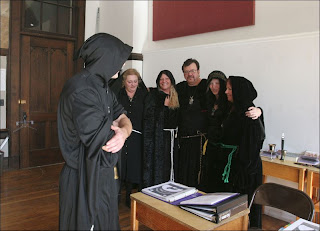 Pivotal to the question of whether or not there is a “Pagan community” is the definition of “community” itself. Some people say that Wiccans, Druids, Ásatrúar, Celtic Reconstructionists, British Traditional Witches, etc. form a community based on shared interests in the broader culture, such as religious freedom issues.

Yet one of the landmark Supreme Court cases in that regard, from which Wiccans and Ásatrúar alike benefit, was a case that ended the practice of compulsory Protestant Christian prayers in public schools. That case was brought about by a Jehovah’s Witnesses family. Yet no one would think to include the JW’s in the “Pagan” umbrella of faiths that are striving for religious recognition in a broadly Protestant society (although one which is becoming less so every year). Thus I reject the notion that shared interests necessarily produces community. A community is built on more than just a few commonalities.

I would posit that a true community is composed of individuals who interact with one another on a regular, ongoing basis. From those interactions comes a shared common culture, common institutions, and the formation of long-term associations among members of the community (friendships, business relationships, marriages, etc.). 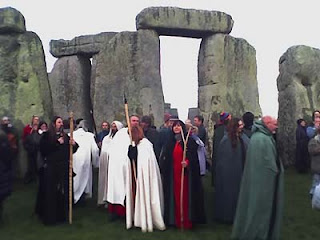 I don’t think many of those who are often placed under the “Pagan” umbrella (sometimes against their wishes) as a whole have that sort of community experience. Rather, what has happened is the creation of dozens, scores, and even hundreds of micro-communities, each fairly to very insular, and while they are usually welcoming of newcomers, regular face-to-face interactions between members of already-established groups are, if not uncommon, usually fleeting. While there may well be exceptions (and I expect to hear about some of those exceptions in replies to this post), that is undoubtedly the rule.

Part of this, I think, has to do with the varied nature of Paganism itself. Just because you worship many of the same Gods (and it’s entirely questionable whether or not that is really the case, but that’s another discussion for another day) does not mean you necessarily have all that much in common. How many Seax Wiccans regularly go to Druid rituals? How many Stregheria are comfortable in a Blue Star Wiccan setting? And that’s not even getting into the question of oathbound traditions who _cannot_ open their doors to outsiders in all things.

And yet, I think without exactly that sort of constant cross-pollination, the continuous exchange of ideas, shared experiences, and so forth, it’s impossible to speak of a true “community”.

Far too many people confuse email discussion lists and web bulletin boards with true communities. They are not. From such discussion groups, real communities might eventually form, but communities are built on firmer foundations than being able to chat about a few common interests. Note that I am not saying that a true community needs to live together in some sort of commune, but regular face-to-face contact is, I think, essential, as it provides the sort of social glue that mere exchanges of emails cannot.

There are events that manage to cross group lines, of course: the various Pagan Pride Day celebrations, the larger regional and national gatherings such as Starwood and Sirius Rising, etc. But these are annual things, and don’t seem to notably add to the regular face-to-face contacts I think are the backbone of a true community. They are ephemeral, and community is based on consistency.

So too, the fact that individuals from different groups happen to shop at the same specialty stores that happen to stock some things for which they might have a common interest and/or need means little in terms of getting folks together on a frequent and sustained basis. “Patrons of Pagan Store X” is not a community any more than the customers of a particular grocery store are a community.

By way of contrast, Heathens seem to do much better at this sort of crossing of lines (and I’m not saying this in a “we Heathens are so much better than you Pagans” sense, but only by way of contrast). It is perfectly ordinary for someone from one Ásatrú kindred to show up at another kindred’s event, even if it involves a drive of several hours. You see this sort of visiting even between Théodish and Ásatrú groups (for those not familiar with the subtleties of Heathen religion, Théodism and Ásatrú are two very different heathen religions that place very different emphases on various elements, but still have enough in common that an adherent of one can go to the celebration of another and still have some idea of what’s going on); I even know of some people that are members of both an Ásatrú kindred and a Théodish tribe. 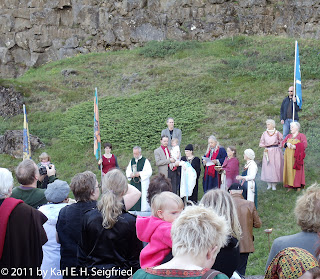 A lot of this comes from the fact that Heathens, by definition, base their practices (to a greater or lesser degree) on ancient Germanic religion, and that gives them a huge basis of commonality in ritual and culture upon which community-building exchanges can take place that others who self-identify as pagans, do not have. Even then, there are fault-lines which many Heathens are loathe to cross as a rule; folkish and non-foklish Ásatrúar tend to keep to their own company, for instance. Even commonalities are no guarantee of broad community.

The bottom line is that as long as pagans don’t start attending each other’s events on a frequent and regular basis, attempts at creating (or maintaining) any sort of “community” are going to fail, and those with expectations based on what the “Pagan community” should or should not be doing are going to be disappointed. The trouble, as I see it, is that individual Pagans, following the myriad of faiths commonly held under the “Pagan” umbrella, ultimately have so little in common that such constant regular contact just isn’t feasible, unless they happen to belong to a common micro-community. A Druid, a Dianic Wiccan, and a Hellenic Reconstructionist may all be called “Pagans” in the broad sense, but they just don’t have enough in common to say that they are part of the same “community”.