The Marxist anarchists over at Gods & Radicals are at it again. In their latest piece, Shane Burley (an author whose biography, tellingly, says nothing at all about his religious background, but rhapsodizes about his ultra-left-wing political activism) takes the requisite shots at folkish Heathenry (which I’ll get to in another post), but the thrust of the latest article is aimed straight at reconstructionism in general. Which, given their mission to obliterate anything that smacks of tradition or traditionalism, makes sense. The trouble is, most recons are universalists. But of course their knowledge of Heathenry is as skewed as their ideology, but it’s still remarkable that the author wouldn’t realize that simple fact.

This time, they ask the rhetorical question, “Rainbow Heathenry: Is a Left-Wing, Multicultural Asatru Possible?“

Their answer, of course, is yes, but their version of Asatru has to be a lot more eclectic. You know; sort of like Germanic Neopaganism would be. Which of course would destroy what makes Asatru, Asatru. True to form, G&R comes out and says that reconstructionism is racism:

If people from the polytheist traditions want to challenge racialized interpretation of the Asatru faith, there has to be a conscious Theology and Philosophy that can undermine the folkish traditionalism that has dominated much of the ideas inside of the “cult of Odin.” Many pagans see that this could come in the form of eclecticism that allows for openness and integration of other traditions. Many folkish Asatru oppose eclecticism* and prefer a stricter form of reconstructionist fidelity, which often comes from the fact that the traditions they see as bound to their blood.

This will doubtless come as a shock to the great majority of universalists, who actually tend to be more on the reconstructionist end of the spectrum than the folkish, in my experience. Indeed, folkish organizations like Balder Rising even explicitly distance themselves from reconstructionism:

“They [reconstructionists] were so concerned with recreating what once existed, and had forgotten that pagan religions, including Germanic heathenery, were not the creations of some religious sage or prophet, but was a set of traditions and spiritual (magical) knowledge that slowly evolved with the folk that it originated with over many generations.”

In the AFA, we don’t have to dress up like Vikings to live true to the Gods, nor do we turn our backs on the age in which we live. We practice Asatru in the here-and-now, and make it available to our kin.

Folks like Kveldulf Gundersson (aka Stephan Grundy), who just about embodies the space where universalist and reconstructionist meet, or the Troth, which according to its website “provides excellence in its resources, up to date research in Northern European Heathenry” and which runs a Lore Program explicitly designed to aid in the reconstructionist mission through scholarly study of the ancient sources, will doubtless be shocked to learn that opposition to eclecticism is in fact often a sign of racism. 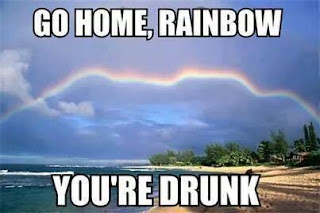 And G&R’s solution? Asatru should look more like Starhawk’s “Reclaiming”:

An example of this: many of the ideas that have fueled Starhawk’s Reclaiming movement, which takes a uniquely panentheist understanding of the Gods and specifically sees an importance in the progressive values inside of Myth and practice. These ideas were never God/Myth specific, yet a strong sense of syncretism could allow a new synthesis that builds an emerging tradition that is both coherent and Philosophically strong.

We are an evolving, dynamic tradition and proudly call ourselves Witches. Our diverse practices and experiences of the divine weave a tapestry of many different threads. We include those who honor Mysterious Ones, Goddesses, and Gods of myriad expressions, genders, and states of being, remembering that mystery goes beyond form. Our community rituals are participatory and ecstatic, celebrating the cycles of the seasons and our lives, and raising energy for personal, collective and earth healing. 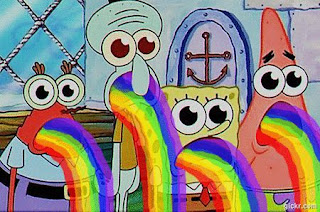 The thing is, once you take the Germanic-specific aspects out of Asatru, you get… well, you get a watered-down, eclectic neopaganism that has no structure, no uniqueness, Just a bunch of people doing whatever, with the only common denominator being that they do it together. Gone would be those things that make Asatru, Asatru. The moral principles that Asatru has are quite distinct from those of the vast jelly-like blob that is eclectic neopaganism. Gone. The focus on a specific set of gods and goddesses that were worshiped by a specific group of people historically. Gone. Specific rituals unique to Asatru, such as blót and sumble. Gone.

I’ll leave you with one more quote from the original piece, for now:

The pagan traditions, both old and new, often evolve based on what parishioners bring to it. The ideas that evolve both inside and outside of spiritual practice, where it is the broad experience of life, relationships, and the earth that guide some of the most profound insights that are brought into practice. With Asatru, pagans can again bring those experiences in and make it more of an exchange between the living world and that of tradition, between the follower and the Gods. 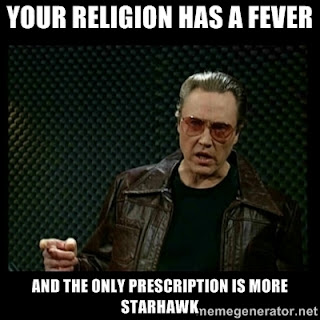 There you have it. Be more eclectic. Be more like neopaganism. Be more egalitarian; even when it comes to our relationships with the gods. And the best part? It all comes from the outside-in; “Many pagans see that this could come…”. This is the eclectic neopagan prescription for “saving” Asatru, coincidentally by making Asatru look just like eclectic neopaganism.

This is a prescription for “saving” Asatru by destroying it. Which, of course, is precisely what G&R wants. Anything that is traditionalist, unique, or looks to the past rather than the Glorious Marxist Future, must be crushed. And G&R has the prescription, in the guise of “saving” Asatru from those elements it deems evil. And in so doing, it places all reconstructionists, including the universalists, right in their crosshairs.

So, have fun with that, my uni recon friends.

* The article does conflate reconstructionism with anti-eclecticism, which aren’t necessarily the same thing at all. But let’s just go with it for now.

2 thoughts on “Over the Rainbow, Part One: Recon = Racist?”