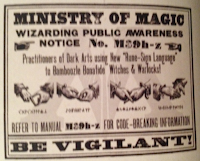 In part one of this essay, I laid out some definitions and tried to frame the argument between those who value scholarship and those who value direct mystical experiences, and who themselves practice magic within a Heathen context.

In this part, I’m going to examine some of the friction between those who practice magic, and those who do not.

I should preface this by saying that I myself am a practitioner of various sorts of Germanic magic; seiðr, galdr, trolldomr, and others. But I do admit to running hot and cold with it. Sometimes the rational part of me says “there’s no way this is real”, but then eventually experience brings me back.

Now, in my experience, a lot of resistance to the practice of magic in an Asatru context comes from two places. First, the people doing it are just importing it from modern neopaganism, or just making it up, and that (naturally) offends the sensibilities of those who tend towards the reconstructionist end of the spectrum.

Where those in this first category get into trouble, however, is that in their zeal to toss out the non-Germanic bathwater, they are also throwing out the Germanic magical baby. The written sources, and archaeological record, are replete with examples of rune magic, seiðr, spá, and so forth. Just because most people are doing it wrong is no reason to reflexively condemn those who are doing it right.

Second, the people who object simply do not hold a “magical worldview” and think that those who do practice magic, in whatever form, are either delusional, or misguided, or deliberately gulling others. As John T Mainer recently put it on the Troth’s Facebook page:

Heathenry is so rooted in rationality that sometimes it is hard to tell whether you are in an archaeology class, a literature study group or ethics class. … The things I have gained from my esoteric practice, from mystical experience, initiation and journey have prevented me from being a danger to those that I love, as using drugs to control pain and spasm had made me. They restored my ability to sleep, to learn, to love, to laugh. I had gained all these things by the same mystical practice that we, as respected heathens, especially strong male heathens, are expected to distance ourselves from or even ridicule.

And this is an attitude I simply cannot understand, especially from Heathens claiming to be on the reconstructionist end of the Heathen spectrum. 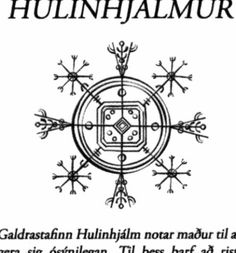 These people, for whom the go-to text is Vilhelm Grönbech’s Culture of the Teutons, and who state that one of the most important goals of modern Asatru is to “recreate the Heathen mindset” seem to draw the line at tribalism, or honor, or even Luck, but who refuse to see that the “Heathen mindset” included the realization that the world is infused with magic, and that those with the knowledge could affect the real world through those arts.

This truth is seeded throughout the literature and the archaeological record, and not just limited to the workings of the Gods. Egil Skallagrimson was a runester as well as a warrior and poet. In the Saga of Erik the Red, we hear of Thorbjorg, who traveled from farm to farm as a seiðkona. There are inscriptions with obviously magical runic inscriptions that not only do not make any sense linguistically, but some of which would actually have been hidden from view. The reality of magic was a part of the experience and expectation of our Heathen forebears, and any attempt to recover the “Heathen mindset” must perforce include it.

There can be no Heathen mindset without a Magical mindset. To try to have the one without the other is as doomed to failure as an attempt to have Heathenry without Thor. You’re missing an essential piece.

One thought on “On scholarship and mysticism, part two”