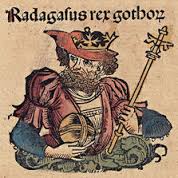 Over at Pathetic Pagan, there is actually a good article by Kiya Nicoll entitled A Defense of Sacred Kingship. It’s from the Khemetic (Egyptian recon) point of view, but it’s aimed squarely at the current debate sparked by you-know-who concerning leadership and egalitarianism. And it has a lot of relevance for Heathens.

One of the things that struck me about Ms. Nicoll’s article was the way she framed the institution of sacral leadership (she uses the phrase sacral kingship, but I contend that the role isn’t necessarily limited to the title of “king”). The sacral leader isn’t someone who is better at everything, and thus has the reigns of leadership. He is the individual who is simply the best at being the sacral leader, in the same way that the blacksmith is simply the best at blacksmithing, the warriors are the ones who are best at being warriors, and so forth.

As I commented over at her blog post, from my own experience as a Theodsman, the trouble is that the person in the role of sacral leader tend to either let it go to their heads, or get overwhelmed by it and crash and burn. I’ve seen it happen a half-dozen times (including one particular example that has been in the news lately), and I can only think of one Theodish sacral lord who’s been in the role long enough to count, to whom it hasn’t happened (and he was the original!).

I think the selection process is crucial if the institution is to actually work on a practical level, and yet that’s something that is often left out, or done as an afterthought. It’s usually, “I started the group, so I’m the king”, but too often starting the group, or even coming up with the concept, isn’t the same “at what” as actually being the sacral leader on a daily basis. Historically, this was done at thing, where the assembly chose the sacral leader from a pool of available candidates. It didn’t necessarily go to the eldest son of the previous king, but to someone who the assembly felt had the best qualities to fulfill the function. Of course they weren’t always right, and naturally sometimes the king was just the guy who had the biggest army, but on a theoretical level, our ancestors had a pretty good process in place. 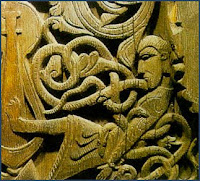 And what are those “best at” qualities when it comes to Germanic kingship? Prowess as a warrior, to be sure. But there are other qualities too. Cunning. Reverence for the gods (as Tacitus tells us, the king acts as the ultimate high priest for the tribe/nation, just as the head of the family does at the family or clan level). The ability to gather around him a retinue not only of great warriors, but wise counselors. Generosity, which includes the willingness to let those below the king do their jobs; let the magician do his magic, let the thulr do his teaching, and so forth. 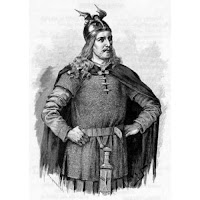 In a Theodish context, there is also a direct requirement that the sacral leader be able to be the conduit for the luck of the tribe from the gods. That’s not a passive role; it requires constant and active work on behalf of the sacral leader to make all that happen. Those are the “mysteries” of sacral leadership.

I think that arrangement works within Asatru, as well. Naturally, most Asatru groups don’t have the sort of strict social hierarchy that we see in Theodism, but in the vast majority of cases there is a leader of some sort. I think if more Asatru goðar placed more emphasis on the sacral nature of the role, and undertook the behind-the-scenes sort of luck or soul work that we see in Theodism, it might add to the success of their group. It does imply, though, a separation between the sacral role of the goði and the organizational needs of a group. Which might not be a bad thing; after all, someone who’s good at soul or luck work isn’t necessarily the best at organization and logistics.

One thought on “On Sacral Leadership”