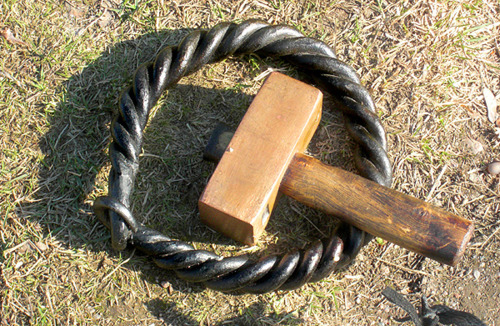 The Theodish model relies on what are known as “hold oaths” to create a “web of oaths” that ultimately lead to the lord at the center of the tribe, and thence to the Gods. Metaphysically, it is through this web of oaths that the Luck of the Gods is transmitted to the members of the tribe. On a more mundane level, the hold oaths that are sworn bind one person of higher rank to one of lower rank, and vice versa. They share mutual obligations, and the higher-ranked person is actually expected to come to the aid of his oathed man (and “speed his Theodish career”) just as much as that oathed man is expected to support and assist the higher-ranked person.

Now, given the totality of the history of Theodism over the last four decades or so, it’s apparent that this arrangement doesn’t always work (among other elements of Theodism). People on both ends of the oath structure can simply walk away from their obligations despite the existence of the hold-oath, and hard feelings result all around, and broken oaths left in their wake.

Asatru is obviously much more flexible regarding the oath structure. I’m not aware of any Asatru group that has something analogous to the Theodish hold oath, but one hears much more frequently of oaths that are sworn between members of a kindred (or tribe) not to specific members of that kindred, but to the kindred as a whole.

On the other hand, there are plenty of Asatru kindreds out there that don’t have any such oath requirement at all, whether to the group or to an individual. If you’re a member, you’re a member (no matter what the criteria for membership are) and no formal oath is required to solemnize that relationship.

Judging just on the historical record, Asatru seems to have prospered with that much looser arrangement, which has led to relatively stable kindreds that have lasted for many years in many cases.

But, speaking of history, the whole concept of swearing an oath to become a member of a tribe is a completely modern invention. As a rule, tribe membership was based on birth or marriage, not conscious choice, and a Goth was a Goth because he was born a Goth, not because he swore an oath to the Goths, or to someone who swore an oath to the lord of the Goths. Oaths might be sworn to enter into the immediate service of a chieftain (his comitatus, or warband), but outside that special case of specially cohesive warriors, the general folk were just under whatever chieftain or king they were under. No special oaths required, even when that chieftain changed because of war or some other event.

Can you imagine the spectacle of the entire Alemanni nation swearing an oath to one another at the death of some king? It’s ludicrous on the face of it.

Now, obviously in modern times we are still in the process of establishing new tribes, new clans, and new kindreds. We’re at least several generations away from the point where “you’re born into your tribe” is the norm. But I think we as Asatruar can look beyond the idea of some formal oath structure being the basis for membership in a kindred or tribe. Perhaps a simple statement of intent, and the acceptance of the existing members of the tribe, might be enough.