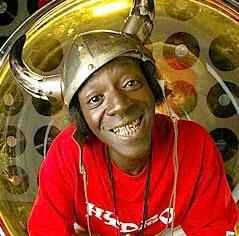 Yvonne Aburrow, writing over at Pathetic Pagan (although she is also a contributor over at Godless & Radicals), has an interesting piece up about appropriation entitled Living Traditions. It’s pretty short, so here it is in its entirety:

A culture, and a religion, is a massively complex system of interlocking ideas, philosophies, symbols, and practices.

Or it’s like an organ transplant – the new organ may be rejected and you need to take lots of drugs to get your body to accept it.

The New Age, which has lots of different parts cobbled together, is basically Frankenstein’s monster.

Or it’s like looking at a completed jigsaw puzzle and taking one beautiful rose from the middle of the picture and trying to put it in a completely different jigsaw. No two pieces are exactly the same, and it doesn’t fit the picture in the other jigsaw anyway, and so you have to hit it with a hammer and file off the edges to get it to fit in the other jigsaw.

A friend of mine pointed out that this is actually a very folkish position. Folkish Asatruar are against cultural appropriation as well; we no more want to see some Lilly-white person glomming onto the Lakota sun dance than we want to see some person of African descent trying to play around with runes. Removed from their cultural and ethnic context, they lose meaning, and can even be harmful to the practitioner.

Ah, but she’s talking about culture, not ethnicity, I hear you cry. True, as far as she goes. But for most of human history, the chief means of transmission of culture from one generation to the next was through the shared community, clan, and family experience. It’s only within the last century or so that culture became so plastic. Even with mass migration in the 18th, 19th, and early 20th centuries, ethnic groups tended to retain their own cultural identities, while at the same time melting into the “American” polity. Folk-based culture (as distinct from folk-destroying culture, as imposed by universalist creeds like Christianity, Islam, Marxism, or Secular Humanism) stems from the folk that produces it; i.e., the ethnic identity of the folk. That’s why there’s black culture, and Hispanic/Latino culture, and so forth, and why people not of those ethnicities are roundly mocked when they try to lie about their own ethnicity in order to gain entry into an ethno-culture that is not their own.

Thus we speak of Pennsylvania German culture, or Chinatowns in various cities across the country, and see the establishment of organizations and cultural events designed to retain ethno-cultural identity, such as the Hibernians or Sons of Norway, while at the same time allowing for assimilation into the larger overculture and polity. For someone without roots in the ethnic-based culture whence a particular practice or complex of practices stems to attempt to co-opt those practices, is simply appropriation. No matter who does it, no matter if they are white, yellow, black, or brown.

And we, as Asatruar, are dead-set against appropriation by any and all comers. So on this issue, at least, we can agree with Ms. Aburrow. Appropriation is bad. Don’t do it.

One thought on “On Cultural Appropriation”