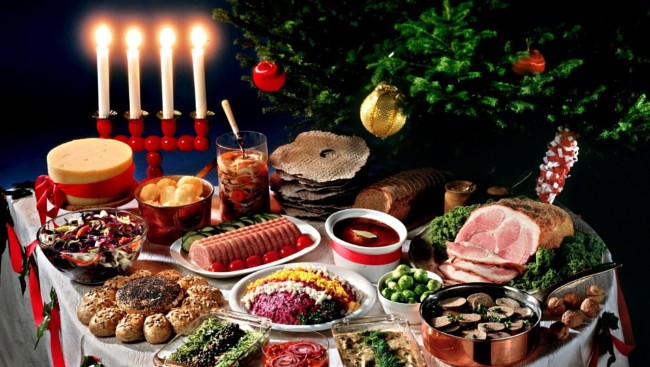 This is a follow-up (and correction) to last year’s post about Mother’s Night. Additionally, it will be something of an addendum to my post on New Year’s Traditions a few days ago, which sort of conflated New Year’s Eve with New Year’s Day. Properly, they should be separate, as we shall see.

Just to lay out the evidence that had been previously presented, we have:

Let’s turn to the sources.
Burchard of Worms tells us what not to do with the Parcae:

Hast thou done as some women are wont to do at certain times of the year? That is, hast thou prepared the table in thy house and set on the table thy food and drink, with three knives, that if those three sisters whom past generations and old-time foolishness called the Fates [“parcae”] should come they may take refreshment there… those whom thou callest “the sisters” can do or avail aught for thee either now or in the future? (Corrector, 153) 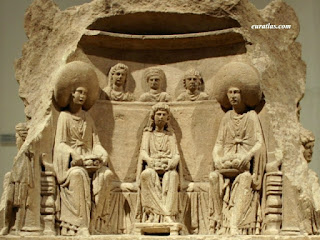 Gimme that old-time foolishness!
And what might those “certain times of the year” be? Our old friend St. Eligius comes to the rescue:

…nothing is ominous or ridiculous about the Calends of January. [Do not] make little women [i.e., corn dollies], little deer or iotticos or set tables at night [for house spirits or the Mothers] or exchange New Years’ gifts or supply superfluous drinks. (Life of Saint Eligius)

In another clause [of the Corrector of Burchard] the Parcae seem less ominous: “certain women” at “certain times of the year” (the New Year?) were accustomed to try to bribe “those three sisters whom ancient tradition and ancient stupidity named the Parcae.” They set a table in their house with food, drink, and three “little knives” for the sisters’ refreshment, in the hope that if they came, they would help their hostess either at present or in the future: “thus they attribute to the devil the power that belongs to merciful God.” Here the Parcae appear to be less figures of pitiless destiny than sprites, small ones at that who can handle only “little” implements, and who make their way into the house but seldom (but in medieval Latin, the diminutive was often used to indicate contempt, not necessarily to refer to size). The identification with the classical goddesses is made by Burchard, not the common people. (Pagan Survivals; Superstitions and Popular Cultures, p. 77)

Bede fills in more information with his description:

… began the year on the 8th calends of January, when we celebrate the birth of the Lord. That very night, which we hold so sacred, they used to call by the heathen word Modranecht, that is, “mother’s night”, because (we suspect) of the ceremonies they enacted all that night. (Faith Wallis, tr., 1999)

What the heck is “the 8th calends of January”, you might ask? In the original Latin, one counts from the start of the next month, in the latter half of the month. So the 8th calends of  January is December 24. And in the Germanic mindset, the date starts at dusk. What we would call the evening of December 23. 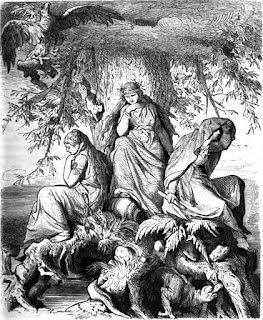 But… let’s correct for the change in calendars. If we add the 8 days we’ve been using as a corrector between the Julian and Gregorian dates, we get… December 31. New Year’s eve.

So where I had Mother’s Night on the night of the solstice, it seems to be more properly put on December 31. Not related to the calendar date, or the Christian date of the Christmas celebration, but on the very day that we now celebrate New Year’s Eve.

Thus do I think that the Feast of the Mothers, known to Bede as Mōdraniht, is more properly placed on New Year’s Eve, rather than the night of the winter solstice. It has the double-meaning, then, with the night in question being the “mother” of the New Year, as well as being that time when the Three Mothers (aka the Norns) are honored and given a feast in hopes that they will be well-disposed towards we mortals.

I covered the significance of the “little deer” in the New Year’s Customs post, but I think it’s also worth pointing out that the “little women”, or corn dollies, are very possibly images of the Three Mothers themselves, possibly even set at the table to stand in for, or encourage, the participation of the real thing, in much the same way that we use god-posts and statues to represent the real gods.

So there we are; New Year’s Eve is Mother’s Night. Set out a meal for the Three Mothers, with three knives, that they will visit your home and bestow fortune for the coming year. It fits together perfectly.

HELPFUL PLANNING TIP: Get a copy of Chase Hill’s song “Mother, Listen”, off their CD “Sing the Sun’s Return” (accompanying booklet with music and lyrics available here). Also, start planning on a feast for the Mothers on New Year’s Eve. Do it in style!