Lucius Helsen continued his series of responses to the “What is Heathenry Missing?” post that I myself responded to not too long ago. I made this comment on Helsen’s blog, but it ended up being long enough that it seemed to warrant a post of its own. I suppose that makes it a response to a response to something I already responded to. 🙂

Here’s a case where I find myself in agreement with both sides.

On the one hand, Helsen is entirely correct when he says that Germanic Heathenry is much more well-attested than most people realize. There’s so much information that goes so far beyond what most Asatruar incorporate into their practice, it’s a shame. My own kick right now is post-conversion folklore and conversion-era Christian sources, and it’s a gold mine.

But everyone seems content to stand in a circle, passing a horn around, saying “Hail Thor!” a dozen times and call it a blót, because that’s sort of crystalized as “standard Asatru practice” since the early 1990’s (the Internet’s influence there cannot be over-estimated). Heck, even holding a separate sumbel is a relatively new innovation, and that came in because of Theodism’s influence.

On the other hand, even with that wealth of material, we still have precious few details. We know there were chants and songs and dances done during ritual, but we don’t have any idea what they were like. We know they must’ve said prayers during ritual, but we have no idea what they were, with precious few exceptions, and those are just informed guesses. And the household cults of the tomten and the alfar? There’s a huge wealth of information, but a lot of it’s still in Scandinavian languages, and in dire need of de-Christianizing, after a millennium of being practiced “close to the vest”. Not to mention the folk-magical practices (and I love it when I see fragments come together; just today I was reading an account of Appalachian folk-magic done to read the calls of crows, written a couple of years ago, that is exactly the same as an account from the 6th century condemning the very same thing). 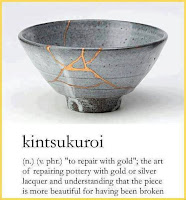 That’s where the “filling in the cracks” part comes in, as far as I’m concerned. There still are a ton of details to be filled in; the words used, the dances and songs, the details about which phase of the moon is best for this or that, or the parts of the blót that come before sprinkling everyone with the hlaut (sacrificial blood). That’s where we need to look farther afield.

But I am firmly in agreement with him that those cracks are much fewer than most Asatruar seem to realize, despite all the “homework” they claim to do. Perhaps we need a couple fewer deep analyses of Viking-era graveyards and yet another paper on the Havamal, and a few more of Scandinavian, Germanic, and English folk-customs and Medieval pagan survivals.

One thought on “More on the cracks”