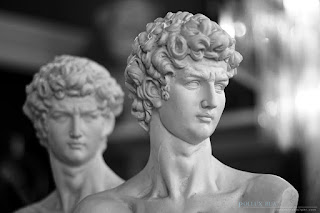 Just a quickie for now. John Beckett has a post up on Pathetic Pagan entitled Our Gods are not Jealous Gods. Of course it’s a play on the Biblical verse about Jehovah of Sinai being “a jealous god“, but it makes me wonder whether Beckett has read any classical mythology. Like, ever.

For fuck’s sake, Greek mythology is chock full of references to gods and goddesses being jealous. Hera especially, but also Aphrodite, Athena, and they even had a frigging god, Phthonus, that was the embodiment of jealousy!

And what about Aten? This Egyptian god is largely heralded as the first experiment in monotheism. That’s “jealousy” by definition.

Loki, we are told, was greatly jealous of Balder, and contrived his death because of it. And although they’re not gods, the Eddas and Sagas are replete with examples of women arranging the deaths of people out of jealousy and desire for vengeance.

Those are just a few examples off the top of my head. Mythology has hundreds of similar examples.

Our gods are reflections of ourselves. They’re not some sort of paragons of virtue like Jehovah of Sinai is supposed to be; they feel hate, jealousy, love, desire, and all the rest. They are us. As befits our ultimate ancestors.

Beckett is engaging in a knee-jerk anti-Christian reaction when he tries to make the case that ours are not jealous gods. They are. But they are also loving gods, and giving gods, and all the rest of the spectrum of human emotion. It’s wrong to deny them their… human-ness simply in an attempt to shake one’s fist at the Christian god because of one’s upbringing.

Let our gods be themselves, jealousy and all.