Skip to content
“They say, ‘I was an Indian in a former life.’
Well…you’re white now!”
– Charlie Hill, Native Comedian 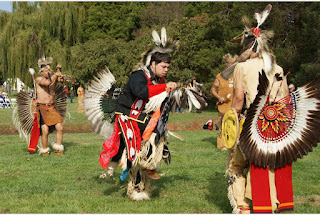 In part one of this series, I discussed the Japanese religion of Shinto, and in part two, I discussed the West African religious complex of Yorùbá. Today I’d like to round out the series with a discussion of Amerindian religion. Four continents down, one to go (sorry, indigenous Australians; while the broad points in this series apply to you, too, I think the point is made without a specific treatment of your situation).

First, it should be pointed out that there is no single “Native American religion.” Each tribe and nation has its own specific system of beliefs and practices. Many tribal beliefs fit in well with an overlay of Christianity, some do not. Some lean more towards polytheism and some more towards monotheism (and some, sad to say, emphasize a more monotheist interpretation of what are, essentially, polytheistic beliefs in order to placate the broader Christian culture). 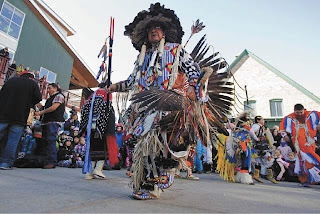 There are, once again, lots of parallels with contemporary neopaganism. Polytheism, a rich mythology, well-developed rituals and a long tradition of deep spirituality, as well as a robust tradition of what might be called “magical” practices.

Because of those parallels (as well as the phenomenon of the “white savior complex“), Amerindian religion has been used as the buffet for countless appropriations by New Age frauds and well-intentioned but ignorant eclectic neopagans looking to add something novel and (ironically) “authentic” to their own practices.

As a rule, though, Wicca and neopaganism are held to be a very different thing than the various faiths of the Amerindian tribes:

I’ve got nothing against shamanism, paganism, or the New Age, but a cow is not a horse: none of these things are traditionally Native American. Shamanism is a Siberian mystic tradition, Wicca is a religion based in pre-Christian European traditions, Tarot readings are an Indo-European divination method, and the New Age is a syncretic belief system invented, as its name suggests, in the modern era. None of them have anything to do with authentic Indian traditions, and anyone who thinks they do is likely to be wrong about anything else he claims about Native American religions as well. Wiccans and New Agers don’t have any more knowledge about actual American Indian beliefs than you do.

Some tribes and individuals are fiercely protective of their cultural rights, and some are more open to non-Amerindians participating in sacred rituals. But the existence of the one does not negate the anger, frustration, and pain suffered by the other.

A lot of very prominent people in the Amerindian community want their sacred rituals locked down so that only members of the tribes in question can participate. They aren’t the fringe, either, unless you count a Lakota Chief as “fringe”:

It was decided, from March 9th, 2003 and forward, there will be no non-Natives allowed in our sacred Ho-c’o-ka (our sacred alters) where it involves our Seven Sacred Rites. The only protection with this decision in Government law; is that only enrolled members can carry an eagle feather. In all the Seven Sacred Rites, there has always been the understanding of earning and a requirement of an eagle feather while participating in these Rites. The eagle feather stands for Indigenous knowledge and guidance in our spiritual ways. 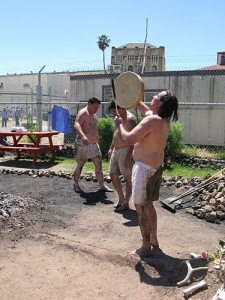 And that includes things like Vision Quests, the Sundance Ceremony, and other things that “plastic shamans” tend to mush together and market like they’re selling a cheap used Toyota with a motor from a Hyundai. Sorry, Wiccans, no Vision Quest for you.

Some Amerindians are even more strident:

We hereby and henceforth declare war against all persons who persist in exploiting, abusing and misrepresenting the sacred traditions and spiritual practices of our Lakota, Dakota and Nakota people. …  We especially urge all our Lakota, Dakota, and Nakota people to take action to prevent our own people from contributing to and enabling the abuse of our sacred ceremonies and spiritual practices by outsiders; for, as we all know, there are certain ones among our own people who are prostituting our spiritual ways for their own selfish gain, with no regard for the spiritual well-being of the people as a whole. We assert a posture of zero-tolerance for any “white man’s shaman” who rises from within our own communities to “authorize” the expropriation of our ceremonial ways by non-Indians; all such “plastic medicine men” are enemies of the Lakota, Dakota and Nakota people.

And the Amerindian tribes are in something of a unique situation vis-a-vis who can and cannot consider themselves a member of the tribe. Unfortunately for many members of the “Wannabe Tribe”, reincarnation doesn’t cut it:

This trivialization of our oppression is compounded by the fact that, nowadays, anyone can be Indian if she wants to be. All that is required is that a white woman be Indian in a former life or that she take part in a sweat lodge or be mentored by a “medicine woman” or read a “how to” book. Since, according to this theory, anyone can now be “Indian,” the term “Indian” no longer refers only to those groups of people who have survived five hundred years of colonization and genocide. This phenomenon furthers the goal of white supremists to abrogate treaty rights and to take away what little we have left by promoting the idea that some Indians need to have their land base protected, but even more Indians [those that are really white] have plenty of land. According to this logic, “Indians” as a whole do not need treaty rights. When everyone becomes “Indian” it is easy to lose sight of the specificity of oppression faced by those who are Indian in this life. It is no wonder we have such a difficult time getting non-Indians to support our struggles when the New Age movement has completely disguised our oppression. 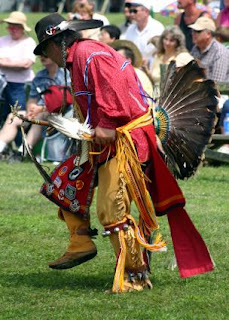 There is actually a whole body of law, much of it derived from and administered by the tribes themselves, regarding the standards that must be met to consider oneself a member of a tribe:

Tribal enrollment criteria are set forth in tribal constitutions, articles of incorporation or ordinances. … Two common requirements for membership are lineal decendency from someone named on the tribe’s base roll or relationship to a tribal member who descended from someone named on the base roll. (A “base roll” is the original list of members as designated in a tribal constitution or other document specifying enrollment criteria.) Other conditions such as tribal blood quantum, tribal residency, or continued contact with the tribe are common. 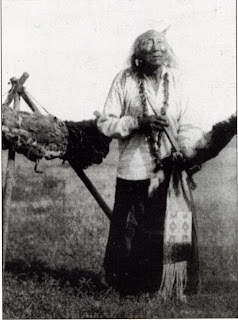 Once more, I pose the question. Should a group of faiths that holds itself as something unique unto themselves be forced under the “neopagan” umbrella? Should a constellation of cultures, with proud histories spanning back centuries or even millennia, be forced to give up the final aspect of their uniqueness to accommodate the fleeting desires of a bunch of “wannabes” and spiritual-salad-bar dilettantes?

Or do they have the right to retain a unique label for themselves, or rather a hundred or more unique labels, and to hold the bar for entry into their most sacred of rituals (and their very tribes themselves) as high as they want to hold it? After all that has been done to them, don’t they have the right to hold on to those things which allow them to maintain their own unique identity and proudly proclaim, “this is who we are!”?