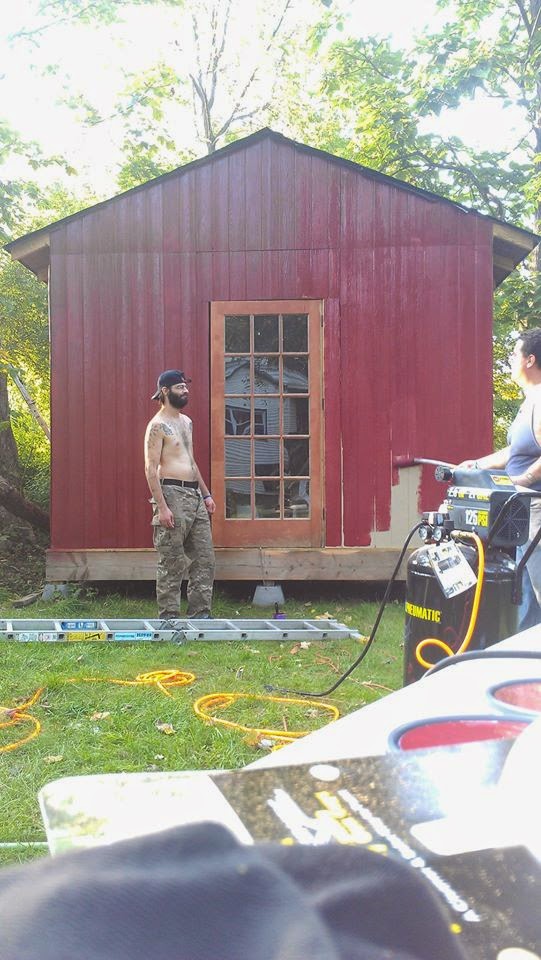 Will DeVito is known to a lot of folks in the Asatru community, especially here in the northeastern US, and is an outspoken proponent of the folkish point of view. Colorful though he can be, he is also responsible, either partially or entirely, for the construction of no fewer than six hofs, or Asatru temples, in the New Jersey, New York, and Pennsylvania area. He is a leading member of the Church of Balder Rising, and leader of Balder Rising’s Breidablikk Kindred.

Especially given the international attention that the construction of the first Icelandic hof has received, the question of the importance (or lack thereof) of physical buildings and lands has been a topic of conversation in both the neopagan and Heathen communities lately.

Being a friend of Will’s for many years, and knowing of his background in the hof-building arena, I asked if I could get his thoughts on the subject, and learn some details about his history as a builder of hofs.

The photos accompanying this post are all of hofs that he participated in building. Photos are copyrighted by their owners and are used with permission.

Q: Describe the hof building projects you’ve been involved with. Where are they, who uses them, and how do they differ from one another? 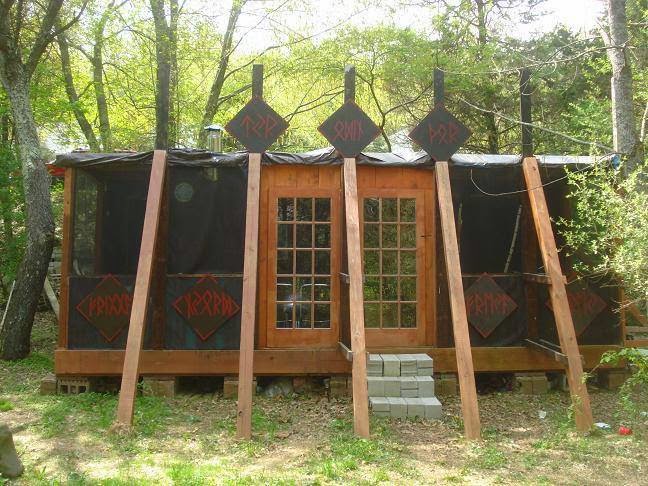 The fifth and sixth, I have started in Hawley PA and Narrowsburg NY.

The first was a breakthrough. It was the first building I built by myself. It was an oath I made in the traditions of old heathen practice,in honor of Allfather Odin. It was in the style of a mead hall/beer garden.  It was sizeable and could fit roughly 40 people comfortably sitting.

The second was also part of an oath. This hof was more in the style of a Ve, which is typically a small indoor or outdoor ritual space, meant for individual offerings to be made to specific Gods or Goddesses.

The third, in Clifton NJ also, was a narrow but high building, with 2 lofts for sleeping.  It was the most modern by far, and is insulated the best. It was built as a congregating area for tribal elders,and our warrior class, to hold meetings, and do private rituals to certain Gods and Goddesses.

The fourth, in Slate Hill NY, was built with a friend, on his property, for the use of his tribe. His use was that of a combination between an indoor Ve, and a place of minor congregating and libations, honoring the Gods and Goddesses.

The two current halls are the largest I am building to date.  Both are great halls that will rival the sizes of some ancestral great halls,when they are finished. Both are on land of two different organizations,and will be used for everything aforementioned, as well as All Thing, banquets, holidays, and hospitality.

Q: What made you want to get involved with this particular aspect of modern Heathenry?

A:  I come from 2 long lines of builders on both sides of my family.

As heathens,we are judged by our deeds,by whom we are individually. We cement our legacy by our actions and works. One of the things I wish to be known as when I leave this world, is Hof builder.

Q: Is this part of an organized hof-building project, or is each hof a stand-alone project? 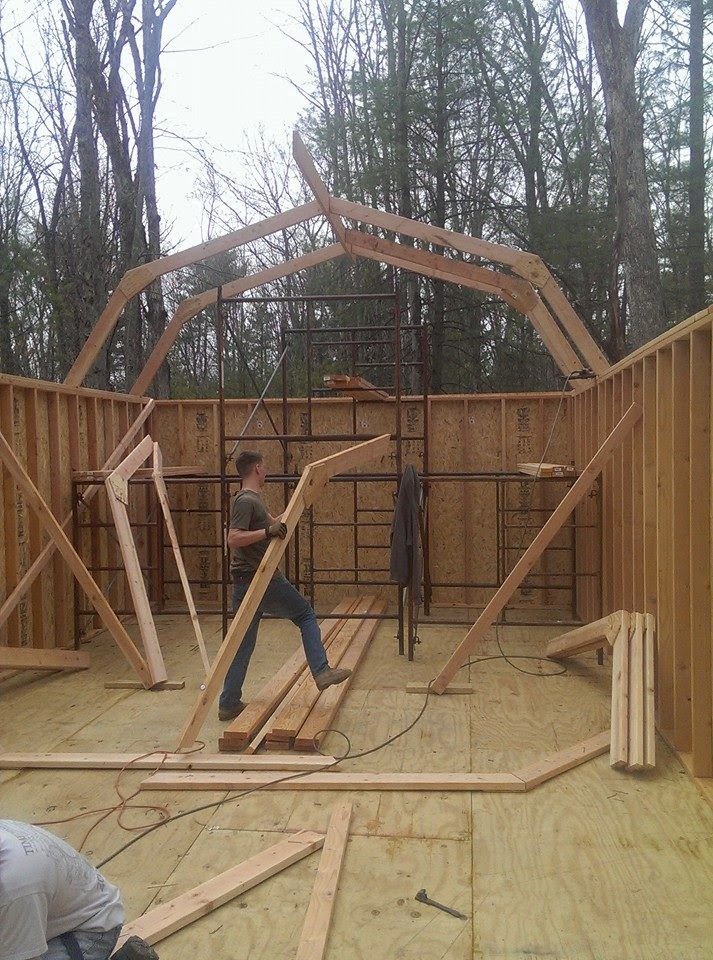 A: All my hofs already built, and currently under construction,are part of a bigger picture, and a greater motivation.

In America, we heathens have been building the faith, Asatru, into a revival for the better part of the last 40 years. Men like Stephen McNallen and Robert Taylor, amongst others,built the faith, and now we, in the new generations, must evolve the faith toward new goals. Our goals include founding landsteads, and building legal structures for religious and community use.

Q: Where does the funding and/or supplies come from?

A: We are a poor man’s religion,for the most part. Many materials are salvaged. Others are donated,and few men spend hard earned money into building what we have.

But it is important to remember,money isn’t everything,it just makes things a lot easier,and makes them go quicker. People who cannot afford money, give time, effort, hard work, etc. To help us complete our goals.

Q: What do you think of the plans for the hof in Iceland that has received so much attention lately? 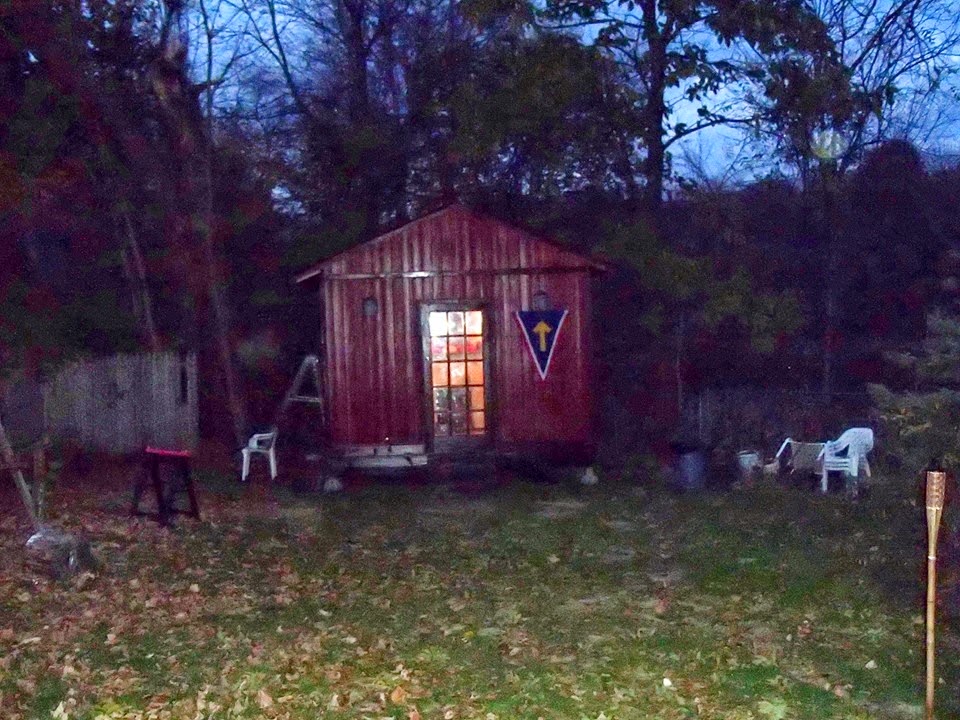 A: I think it’s great. I think it’s a good step in the right direction for not only the revival of our faith on a world scale, but the acknowledgement of it by the leaders of the world.

I just wish more would be done to tell the truth of our movement,and the truth that it has been rising for 40+ years, and rose because of left over remnants that never stopped believing in the Gods and Goddesses of our ancestors, all through time into the modern day.

The world should know that the Old Gods of Europe, never went away. They have always been within their children. No force on earth was great enough to suppress them into non existence.

We are back, and here to stay.

Q: The hof currently under construction in Pennsylvania looks like the largest one yet. How has that one differed from the others? Any particular challenges that you didn’t have to face in the earlier projects? 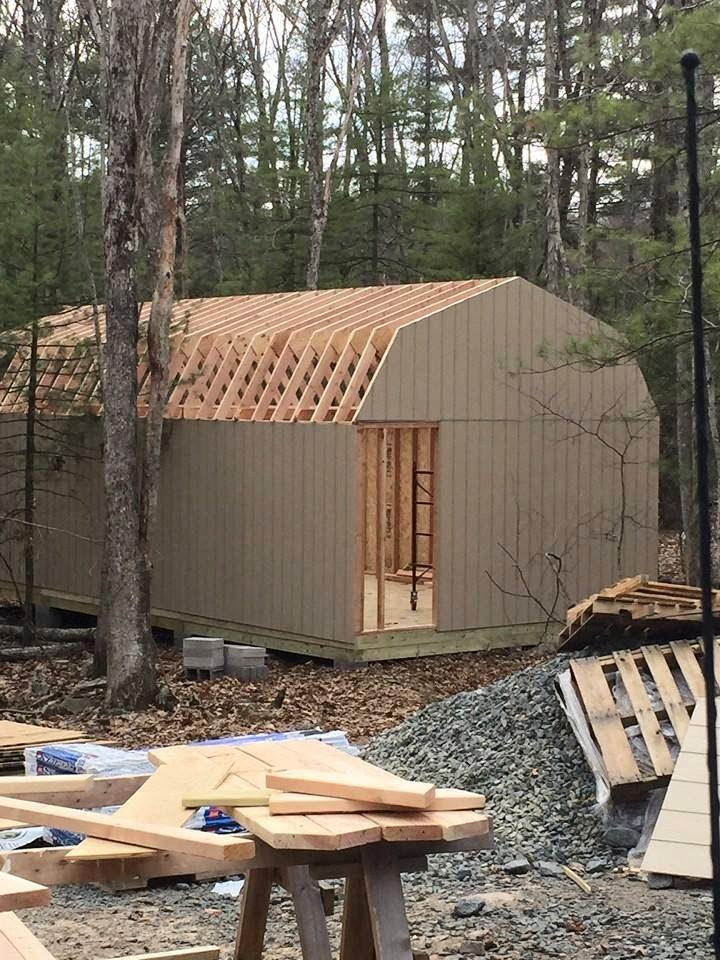 A: Well it’s our first established hof on kindred land,so everything had to be as perfect as possible, plus it’s the first we needed a permit for because of it’s size.

We installed a heavy duty pressure treated floor,and it’s raised on dry block, so there won’t be warping or bowing in the future.

Biggest challenge we didn’t have to face in the other halls, definitely had to do with the size of the roof. We wanted a hall with a high ceiling, so when large numbers of people are inside, it feels even bigger than it is.

The building is 16 feet high at the peak,which means a common man is basically looking 10 feet up to the ceiling. Gives you a different perspective when you enter a room with a really high ceiling. The atmosphere is fuller.

Plus what we place inside aesthetically,will be pleasing and give people a sense of wonderment when they enter and look up.  Especially children.  Something that sticks in your mind. Wood grain walls, candle lighting, shields on the walls, high shelves with bronze statues of deities all around. A mural, things that inspire the imagination.