Over at Polytheist.com, Dagulf Loptson has written a terrific and important article, entitled “What is Heathenry Missing?” In it, he makes the point that:

Heathenry possesses a huge empty space within it, creating a vacuum that has to be filled by something. …many modern Heathens have unconsciously filled it with the only kind of spiritual technology most post-conversion Europeans/European-descendants are familiar with: that of spontaneous, personal prayer and the study of holy scriptures (which Heathens have replaced with the surviving lore and the works of modern scholars). Incidentally, these are the only two pieces of spiritual technology one is likely to be introduced to in a Christian upbringing, and the two most prevalent practices in modern Heathenry.

The overall point being that Heathenry in general is rather… sterile. As he puts it:

The only other forms of spiritual technology I see much in modern Heathenry are the act of standing (rather rigidly) in a circle to honor the gods, and sometimes using what is known as the Hammer Rite; the circle and the hallowing of four corners being directly derived from ceremonial magic.

Now, I might quibble with Loptson’s rather antagonistic and judgmental choices of words, such as Heathenry’s “xenophobic streak”, and his rather dour assessment of the quantity of material left to us (more on that below), but his essential points are rock-solid. He’s entirely correct, and it’s something I myself have written about on many occasions. We need to fill in the gaps with material from other places and times. If that means filling in with Roman pagan elements, or more modern Vedic Hindu elements, then that’s what we need to do. (Some of my most moving and best-received toasts to Thor in hall have been rewritten prayers to Indra from the Rig Veda.)

Heathenry in general, and Asatru in particular, are lacking in the details and everyday rhythms that give something like Hinduism or Zoroastrianism (two unbroken polytheistic religions which Loptson cites as models) the sort of meaning, and texture, that Asatru finds wanting in itself. Until and unless we’re willing to look beyond the models of practice that were laid down in the 1970’s and crystalized in the 80’s (with books like “Teutonic Religion” and the online Ravensbok), that’s not going to change.

Now, one place where I diverge from Loptson’s analysis is that where he seems to think that it’s our sources that are lacking, I believe that we simply haven’t delved into the sources enough, and applied what we find there. I’ve made a study in recent years of the evidence for Heathen belief and practice among the Christian penitentials, sermons, ecclesiastical letters, Saint’s lives, and law code sources, and there is a wealth of material there, almost none of which has been absorbed into the broader Heathen community in any but the most superficial manner. 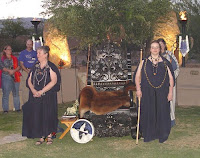 I also disagree with him when he says there’s no unbroken tradition. There is, right there, to this very day, albeit in a highly (and in some places, not so highly) Christianized manner, but it’s still there. That’s the living tradition of folklore and folk-belief in Scandinavia, England, Germany, the Baltic States, and parts of France, Italy, and even Spain. But so much of that material is kept close, and what studies there are, aren’t available in English, that the American Heathen community remains ignorant of it. At its core it’s the folklore of the countryside; elves and nixies, tomten and trolls. It’s the basis of the Scandinavian Forn Sed branch of Heathenry, which is unfortunately almost unknown here in the U.S. (and more than slightly tainted by an attempt to coin the phrase in support of a very politically activist form of Heathenry back in the 1990’s). 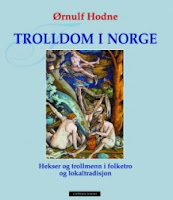 Take, for example, the practice of Trolldomr in Scandinavia. That’s a living tradition that has endured since the Conversion, and remains in practice to this day, and goes hand in hand with the Nordic grimoire (“black book” or “Ciprianus”) tradition. Has it undergone a certain level of Christianization? Absolutely. But that can be stripped away (in the same manner that certain elements of the Pennsylvania German magical tradition of Braucherei and associated religious traditions are being “de-Christianized” by certain groups here in the U.S.), and the underlying core is very, very Heathen. Don’t tell me a tradition that still holds taboos around Thursday (Thor’s Day), just like we see in Christian penitentials from fifteen hundred years ago, doesn’t have a Heathen core.

I’ve come to describe my own practice (and the practices that I’m introducing to the tribe of which I have the honor to be goði) as a mix of Asatru, Forn Sed, and Theodish Belief. From Asatru comes renewed attention to the Aesir, and an understanding of, and attempt to reinstate, the pre-Christian Germanic mind-set. From Forn Sed comes all that wonderful Germanic folklore and folk-practices, many of which are dismissed as “mere superstition” in our modern materialistic world. And from Theodish Belief comes an appreciation for the sort of pomp and ceremony, and the sense of religious awe, that our ancestors knew could be so transformative in a religious context. 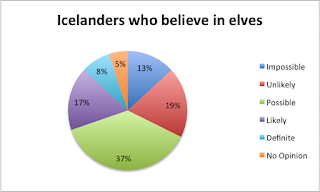 I think modern (American) Heathenry’s problem isn’t that it has become hidebound by reconstructionists who have run out of Eddas to thump. I think the problem is that we have, for various historical reasons over the last forty years, drawn a circle around certain elements of the lore (mostly the Eddas, Sagas, and occasionally some other written sources) and simply not pursued the vast trove of material that exists outside of that circle. At least on a large-scale and consistent basis. Folks seem to be content with their monthly blot where they get together in someone’s back yard, stand in a circle, and pass a horn around, like the books from the 90’s told them to do. That’s the block we need to overcome, and if there are still gaps once all that material has been incorporated and embraced, if there are still gaps (and there absolutely will be, especially in the specifics), then we apply the bulls-eye approach and fill them in. We didn’t run out of lore. We just stopped looking.

In fairness, there are some exceptions out there. Some Heathen groups have done great stuff with Morris Dancing, for instance. The Rune Gild is as functioning an initiatory school within Heathenry as you’re going to find. And, to blow my own horn, our tribe recently incorporated animal guising, music, and dance for our Yule celebration, but such things are few and far between.

That’s why I have, and will continue to, advocate for a much more robust and textured American Heathenry. Rituals that are so very much more than standing around in a rigid circle; ones that include dance, and song, and ritual drama, and which evoke real emotion. Everyday beliefs that do more than pay lip-service to the truth that the Germanic mindset is a magical mindset, and that Heathenry encompasses the belief that the world is alive with land-wights, elves, and house-wights. And community processions, and Mystery Traditions, and scores of simple everyday household rituals that are done almost unconsciously, because they’re just How Things Are Done. But always a knowledge that the Gods are real, the Gods are our ancestors, and the Gods deserve our worship.