Skip to content
The lame can ride horse, the handless drive cattle,
the deaf one can fight and prevail,
’tis happier for the blind than for him on the bale-fire,
but no man hath care for a corpse.
(Hávamál 71, Olive Bray translation)

I’m sure there are some who would look at this passage and see it as “ableism” or some such crap. But I see it as a celebration of people with disabilities.

This is an exhortation to anyone with a disability to stop focusing on what they cannot do, and focus instead on they can do. Make the most of what you have right now, rather than wallowing in self-pity and (in a modern context) trying to lower everyone else’s standards in order to meet your own abilities. Better to be alive and not fully able than dead!

This is the ultimate Harrison Bergeron sentiment, encapsulated in four lines of poetry.

Can’t walk? Fine. Ride a horse. But don’t demand that everyone else accommodate your limitation, and certainly don’t insist that people can’t have a blót out in a field because you can’t get your wheelchair out there.

Born without hands, or lost them in an accident? Fine. Do something that doesn’t require fine motor skills. But don’t try to say that printing runes on an inkjet printer is “just as good” as carving them into wood and staining them with your blood.

Deaf? Fine. Do something that’s visual, or kinetic, or literary. Don’t try to make the case that runic chanting or singing songs is somehow discriminatory, because you can’t participate. 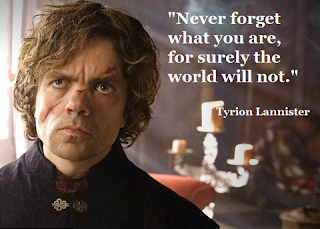 The point is, don’t expect other people to change their own lives because of your condition. It’s up to you, regardless of the specific circumstance, to adjust yourself and your expectations to your own condition. Whether it’s psychological or physical, financial or educational, it’s up to you to step up and do whatever you are able to do. Don’t expect the world to fall on its knees and accommodate you; a steep mountainside isn’t aware of the Americans With Disabilities Act.

The key is to be clever enough to not have to climb that mountain in the first place. Set things up so your strengths are important, and your deficiencies are minimized. And never ignore or hide them. Embrace them. Turn them to advantages.

But never expect that the world owes you an easy time. Because the world is going to laugh in your face.