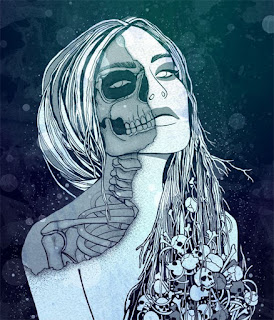 Over at Son of Hel, one of his correspondents quoted something which I’d like to riff off of (but by all means, please read Helsson’s response as well; he replies to the whole email, and I’m going to focus on a single sentence). The line is thus:

Hela is not a Goddess at all because she has Jotun genealogy and noted in sources always as a giantess.

First off, it should be noted that “having Jotun genealogy” is by no means a disqualifier to being a god. In fact, the Aesir have exactly the same sort of ancestry:

He is named Búri: he was fair of feature, great and mighty. He begat a son called Borr, who wedded the woman named Bestla, daughter of Bölthorn the giant; and they had three sons: one was Odin, the second Vili, the third Vé.

If one is disqualified as being a “god,” then the others must be as well.

The quote also says that Hel is “noted in sources always as a giantess.” But you know what? I checked the existing references that mention Hel by name, and can’t find a single one that refer to her as a jotun* (neither, for that matter, are her brothers Fenrir and Jormundgandr so called). Gylfaginning, In fact, Grimnismal implies that she’s not a frost giant, because it specifically separates them:

Three roots there are | that three ways run
‘Neath the ash-tree Yggdrasil;
‘Neath the first lives Hel, | ‘neath the second the frost-giants [hrímþursar],
‘Neath the last are the lands of men. 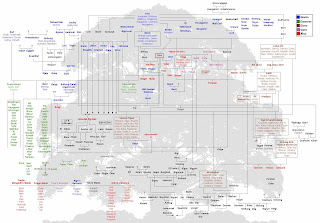 So what makes a jotun, or ás, or van? Obviously it’s not a simple matter of descent; if it was, Odin, Tyr, and Vidar would be jotuns, rather than Aesir. It’s also important to note that the jotun or aesir group identity can be transferred; we see this repeatedly throughout the sources. First, Freyr, Freyja, and Njord move from being Vanir to Aesir. Then Skadi, daughter of the giant Thjazi, moves from being a jotun to being one of the Aesir after marrying Njord.

The best way to think of these categories — Aesir, Jotunar, Vanir, Alfar — is not as separate “races” or even family lineages. They are tribes, and just as human tribes can see members go from one tribe to another by marriage, so too can one move from jotun to asyngjar through marriage. Just as one can be born into the tribe of the Svear and join the tribe of the Geats by swearing an oath to their leader, so too can be born a jotun and later join the Aesir through oaths of loyalty. And so forth.

But the key here is that nobody is actually going outside their family boundaries. All of the players here can trace their lineage back through to Ymir at the very least, and often much further down in the ranks of the jotuns than that. So this whole issue isn’t at all relevant to human races and ethnicities; these are groupings that in very real terms are social constructs, because they rely on a malleable identification that can be changed through recognized, and ritualized, mechanisms.

All this is why I’m very skeptical of the use of the term “god” in relation to these beings; it’s too generic. In one sense, it’s used to describe anything that is extraordinarily powerful, which would encompass both Aesir and jotunar. But it can also be used as a substitute for ás specifically, to differentiate them from the jotunar. But that brings into question whether beings who started in one category and moved to another can still count (which is what started this discussion in the first place).

So, much like the word “magic” is a clumsy generic substitution for dozens of words with very specific meanings and connotations, and carries with it a load of baggage that doesn’t necessarily apply, so too do I try not to use the word “god” any more, preferring to use the more specific terms Aesir, Jotunar, Vanir, etc.

So where does leave us with Hel? She’s definitely the daughter of a jotun and an ás who used to be a jotun. But she was raised into a position of authority by the chief of the Aesir, and was powerful enough to defy his wishes (refusing to release Balder from Hel). Nowhere that I’m aware of is she directly referred to as either an asyngjur or a jotun, leaving her precise categorization in doubt. Certainly not enough to justify the sort of sweeping generalization found in the quote.

UPDATE (3/26/2017): Updated to correct the reference, at the request of the correspondent.