A week ago, I suggested that the contretemps between those who do not believe in the existence of the Gods  and those who insist upon it for membership in “the Pagan community” (whatever that means) can be resolved by understanding that Paganism (and Heathenry) is a collection of religious practices, rather than a collection of religious dogmas; the essential difference between orthopraxy and orthodoxy.

Alas, it seems that answer isn’t sufficient for some folks, who insist that proper ideology is necessary for proper practice:

In theological terms, this means that within polytheism, an orthodox position is that the Gods are real and that They are due worship.  Orthopraxy that flows from this position, then, would be to treat the Gods with respect, and to do things that are worshipful, such as pray or make offerings.  In the Northern Tradition/Heathenry I would be required to make prayers and a certain offering, such as mugwort, to a Sacred Fire.  This is personal orthopraxy which flows from the orthodoxy I have just described. 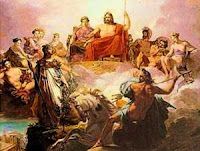 I realize that there are many on the deep end of polytheism (the ones who engage in god-spousery and so forth) who are consciously trying to distance themselves from the broader Pagan/Heathen community, and I get that and their reasoning. And if it’s the case that Sarenth is using “Polytheist” in that more separatist sense, then indeed he wasn’t responding to my argument, because my argument was talking about a different community than he is. But for my purposes, I’m going with the dictionary definition of polytheism:

belief in or worship of more than one god

Which leaves the room open for both those who believe in, as well as those who simply observe the outward modes of worship of, many Gods.

The origin of the split

It may be of interest that the split between orthodoxy and orthopraxy, at least in the modern Heathen community, originally stemmed from the vicious fights within Asatru between the folkish and universalist camps. At the time (the mid-late 90’s) Theodism was actively engaged with the Asatru community, and tensions were high, and the fights within Asatru threatened to spill over into Theodism and tear it apart along similar lines.

Garman Lord (the founder of Theodism) came up with a perfect solution; the concept of “freedom of conscience” as a foundational precept of Theodish Belief. That is, everyone was allowed to believe whatever they wanted to believe in terms of ideology, theology, etc., as long as they “practiced the King’s religion”. At one stroke, the wind was taken out of the sails of those (on both sides) who wanted to impose their ideological and theological choices on others.

It’s not something found in Asatru as a rule, but it’s certainly something to think about in the broader context of the current debate. Especially when we’re not talking about specific organizations (which can of course be exclusionary along any lines they wish), but broad definitional categorizations like “polytheist”, which no one person or group of people can claim to own, no matter how much they might want to exclude people who disagree with them, be it on politics, theology, or some other ideological question.

That said, I submit the following thought experiment as a way to explain why an insistence on orthodoxy, that is, “right belief” is simply impossible on a practical level.

Imagine two self-identified Heathens, Einar and Eirik. Both are members of an Asatru tribe, both attend a Yule gathering. Both have many friends in the tribe, and bow their heads respectfully during the blót to Freyr while they are sprinkled with blood, both sit at high places at the sumbel, both give gifts in hall, and both make beautiful and impassioned toasts in honor of Freyr, their ancestors, and their host.

Unless you can answer me that question, then I submit that the answer doesn’t matter, and you shouldn’t care. It’s impossible to police, as long as the non-believers take my advice from a week ago and simply go with the flow, as it were. That’s apparently what they’re interested in, supposedly.

The empathy of understanding 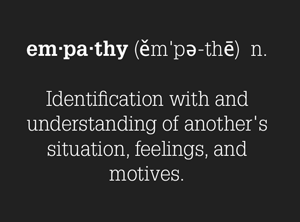 Which does raise a question. I did ask a while ago why atheist pagans didn’t just call themselves atheists, and insisted on remaining within the Pagan and Heathen communities. While I did get some answers (from John Halstead in particular, who started this whole conversation), I am still no closer to understanding their reasons. Heck, they’re even writing a book on the subject, and I have no idea why they call themselves Pagan.

But you know what? That’s not remotely the point! I don’t have to understand their position to understand that they might well have a reason. I’m not their judge. So when Sarenth says something like this:

Without the orthodoxy of the Gods being real, holy, and due offerings, the orthopraxy of offering to Them in or out of ritual makes not a lick of sense.

That attitude is really emblematic of a complete lack of empathy. “I can’t understand it, so there can’t possibly be anything to understand.” That’s the attitude that leads some leading separatist polythieists to call non-believers “degenerates“.

That sort of attitude does somewhat undermine Sarenth’s arguments that “adopting orthodox positions does not mean that we’ll suddenly *poof* turn into fundamentalist Christians today”. I’ve certainly never said any such thing, but I can see how, with that sort of attitude and name-calling, others might.

What I am saying, however, is that orthopraxy does not, in fact, stem from orthodoxy. Orthopraxy stems from tradition and custom. Just as the house-wight doesn’t care if the homeowner believes that Jesus is the son of God as long as he gets his bowl of porridge with a pat of butter every Yule-eve, so too do the Aesir not care if the people making offerings to Them honestly believe in their heart that They exist, or whether they have doubts, or whether they adopt a more intellectual understanding of Them.

And how can we tell? One of the elements of blót is the taking of auguries and omens to see whether the offering has been accepted. Not all of us have the benefit of Gods talking in our ears all the time, after all… Does your kindred or tribe or whatever harbor respectful unbeliever practitioners within its midst? If that really was something the Gods didn’t want, it would be reflected in the luck of the tribe. I’ve never heard of a systematic study being done, of course, but I would think if that did happen, the circumstantial evidence would quickly make the situation clear.

The modes of disrespect

Now, I do agree with Sarenth on one key point, when he says:

Making an offering to a God if you disrespect that God while doing so is itself a form of disrespect.

That’s certainly true, and I made the very same point in my earlier post. Those who go out of their way to disrespect the Gods (whether it be in an insulting verse, like Helgi Skeggjason did, and got outlawed for) or by making public statements referring to our “sad little gods” (like John Halstead did, and apologized for, and then proceeded to start hurling insults at people, rather than the Gods, which is… better… I guess), do deserve to be shunned and ostracized.

But they should be shunned and cast out not for their beliefs, but for their actions. Hundreds, perhaps thousands, of people go quietly about their business as Pagans and Heathens, believing that the Gods are archetypes, yet still being productive, even honored, members of their communities, because they’re simply not assholes about it. Hel, they can even make the case, on a philosophical level, as long as it’s done with respect (and engaging in discussion about the reality of the Gods is not, in and of itself, disrespectful; if done properly, it can be a tool for getting to know Them on a deeper and more meaningful level).

But I would also point out that trying to define away people for what is in their hearts, rather than what they have done, is equally as obnoxious and harmful as getting up on a rock and shouting “the gods don’t exist, and you’re fools for believing that they do!” Deeds, not thoughts. Actions, not beliefs. Orthopraxy, not orthodoxy.

Einarr or Eirik? If you can’t tell the difference, then they’re both doing it right.

One thought on “Freedom of conscience”