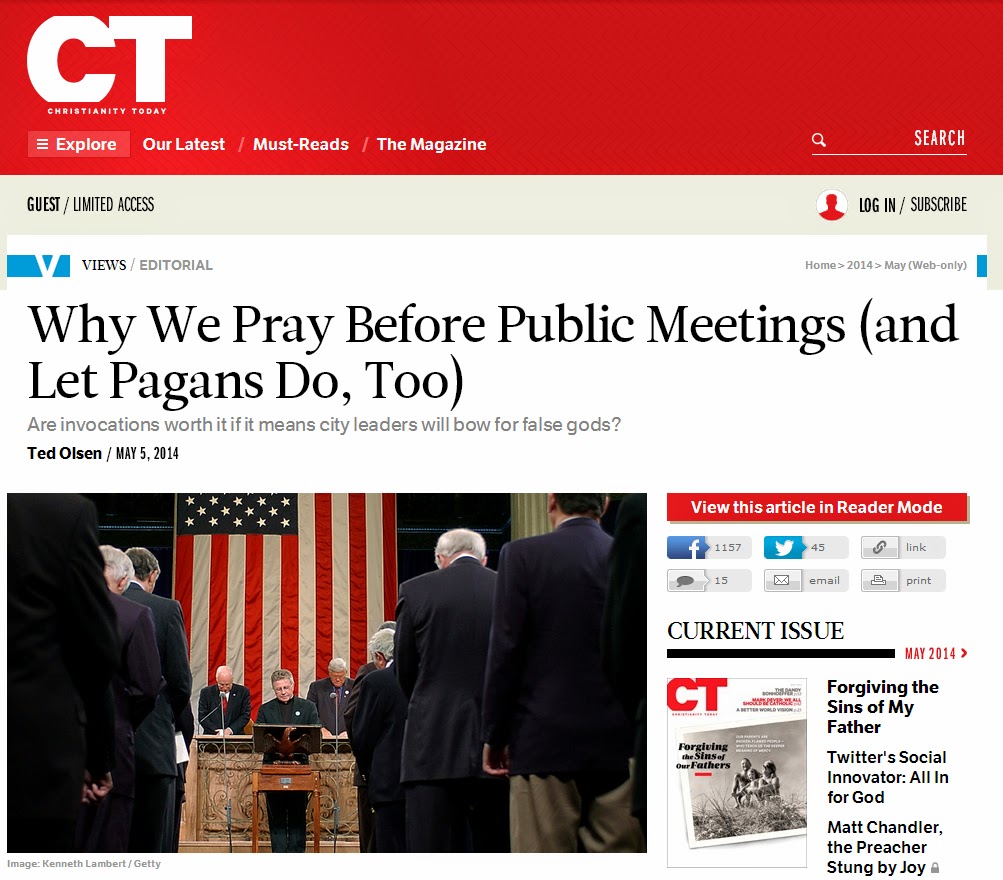 This says it all.

It’s not the subheader. I expect the Christians to regard my Gods as “false”, just as I regard their god as a fraud. That just comes with the territory of dealing with folks who don’t share one’s own beliefs.

The problem is that parenthetical.

They “let” Pagans pray. Just let that sink in. That’s how they think about it.

And what they “let” Pagans do today, they can refuse to “let” them do tomorrow.