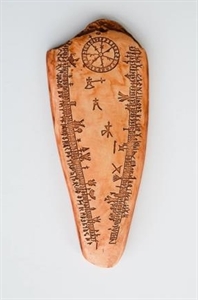 Something that has come up in my researches on holidays and calendars and related things is the very practical question of when to celebrate holidays whose customs have been shifted from a traditional pre-Christian date to a Christian calendar date, Saint’s feast, or the like.

One example of recent relevance is the transition from winter to summer.

Historically, our ancestors marked this transition around April 22, in a ritual the Norse called Sumarmál (“summer meal”). It lasted three days, was noted for being the time when the “sacrifice for victory” (ON sigrblót) was made. This was also the beginning of the Icelandic month of Harpa, which was the first month of the summer season (the Anglo-Saxons transitioned from winter to summer a month earlier, doubtless due to the different climate in England).

In more modern times, however, we see the folk-calendar transition from winter to summer taking place on May Eve/May Day (and the whole Walpurgisnacht/Hexennacht/etc. complex). This was the final victory of summer over winter, as seen by the custom of teams of youths engaging in mock battles, playing out the final defeat of the forces of winter at the hands of the forces of summer. 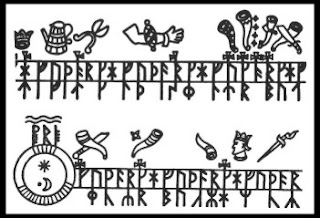 So it seems that, when our ancestors moved not only from a Heathen calendar to a Christian one, but also when they then moved from the Julian to the Gregorian calendar, the final end of winter/start of summer got moved about eight or nine days later. Bear in mind that we’re not talking about the astronomical or solar calendar; to our ancestors, summer started when the birds returned and the plants began to bud, not when some arbitrary astronomical alignment happened.

This raises two very interesting (to me, anyway) questions.

First, I wonder if the “sacrifice for victory” mentioned in Heimskringla might not be related to those mock battles between winter and summer? I (and I think most of us) have always assumed that it was a reference to a sacrifice to Odin for victory in the coming summer season, in a generic sense. But what if it’s really a reference to a final victory over winter? I think there might be something there.

Second, on a more practical level, it brings us to the question of when to celebrate the transition from winter to summer? Do we do it closer to April 22, to match the Norse holiday that marks the event, or do we celebrate it on Walpurgisnacht and May Day, because that’s what modern sensibilities tell us to do, and we’ll be celebrating with thousands of others, at least vicariously.

For that matter, do we celebrate it in March, like the Anglo-Saxons? And do you time it around the lunar cycle, or a fixed calendar of some sort? Our Heathen ancestors did both.

I don’t pretend to have an answer. Ultimately, I think this is a question that will need to be answered by each tribe for its own purposes, according to it’s own custom. But I think it’s a decision that should consciously be made, rather than simply going with the modern date. “Because we never thought about it and that’s when everybody else does it” is the worst of all possible reasons for choosing to do something at a given time.