Baldr’s Magic: The Power of Norse Shamanism and Ecstatic Trance by Nicholas E. Brink, published by Bear & Co., 2014, was an enormous disappointment. As a Germanic Heathen myself, and a fan of Felicitas Goodman’s work using ancient images as guides for postures to be used in trance work, I was expecting a book dedicated to exploring the technique in the context of purely Germanic imagery.

What I got instead was a tedious recitation of outdated and discredited academic theories, used to bolster a clear radically feminist and New Age/Goddess worship-focused agenda. There is a single chapter (17 out of 306 pages in the book) that uses Scandinavian and other Germanic art as the basis of trance-postures, detailing eight postures in all.

Of those postures, one (the Tanum Lower World posture) is based on a petroglyph whose subject matter is obtuse at best, and which doesn’t seem to be in any actual posture other than simply lying flat (many of the Tanum figures lack arms). This is particularly odd, since there are numerous other petroglyphs to be found at Tanum which are indisputably human beings in various poses. (It might well be that the quite warlike activities of the other figures, holding axes and spears and the like, was the cause for their omission, since such activities would contradict the pacifist agenda of the book.)

The choice of the Hallstatt Warrior is also quite puzzling. The image of the statue in the book doesn’t look anything like the actual famous Hirshlanden Warrior statue; the author seems to have chosen some other piece from the site that happens to be missing the lower part of the right arm (unless the omission was deliberate – see below). And what is by the right hand of the Halstatt Warrior? A dagger. A pattern seems to be emerging in the choice of models for the eight postures. (And it also begs the question of how the author can establish that the right hand is supposed to be placed across the belly, if his model is missing the entire right forearm, and no trace of a hand on the stomach appears in his accompanying illustration.)

The other illustrations are also problematic. His “Nyborg Man” illustration clearly has two eyes, but the text says it is “…thought to be Odin because it has only one eye…”. Too, the posture doesn’t match the illustration – the one has the arms bent at the elbows, while the other has straight arms. Elsewhere he mentions that the bending of a knee can have a profound impact on the result of a particular posture, so it would seem a significant anomaly. The fact that no clear identification of the figure he is using is given is also troubling.

Finally, his choice of the Cernunnos figure as the model for a posture is baffling, as he even admits that the Gundestrop Cauldron whence it comes is of Celtic origin. His sole justification seems to be that the cauldron was discovered in Denmark. Various statues of Buddha have been found in Scandinavia as well, the result of trade; by that logic, one would be able to use those as insights into Germanic trance postures as well.

Even more disappointing than his actual treatment of the sources and postures is the rest of the book, which seems to be an advertisement for a Goddess-centered agenda that posits that the peaceful Goddess-worshiping people of Europe were conquered by nasty Gods-worshipping invaders, takes baffling but purely political shots at talk radio (?), and urges that a return to a life of pacifism, egalitarianism, deep ecology, connecting with the “ascended masters” and the “Akashic records”, and promoting femininity is not only sorely needed but imminent, heralded by such things as the end of the Mayan calendar (!) and the rebirth of the Norse god Baldr.

Mixed into this, of course, are the theories of Frazier (Baldr is described as a sun god throughout the book, which is a now-thoroughly-discredited theory from the 19th century, which sought to plug every myth possible into either that of a dying-and-reborn vegetative god or a solar deity and Christ-analog) and Gimbutas, who originally posited the existence of a peaceful pre-Indo-European culture that serious archaeologists and historians have thoroughly debunked.

The rest of the book is filled with what amounts to a new Edda. Supposedly revealed to Dr. Brink (his degree is in psychology) during his trance work, it tells the tale of the Vanir gods and goddesses, in the process rewriting numerous legends and giving everything a pacifist “oh, it is so horrible that Odin and the Aesir came along with their violent man-like ways” spin. In so doing, he finds it not only necessary to invent a goddess from whole cloth – the unlikely-named Moðir, the lost Great Mother of prehistoric Scandinavia – but also to move gods and goddesses from the Aesir to the Vanir to suit his needs. Ullr, for example, is now of Vanic stock, as are Idunn and others. 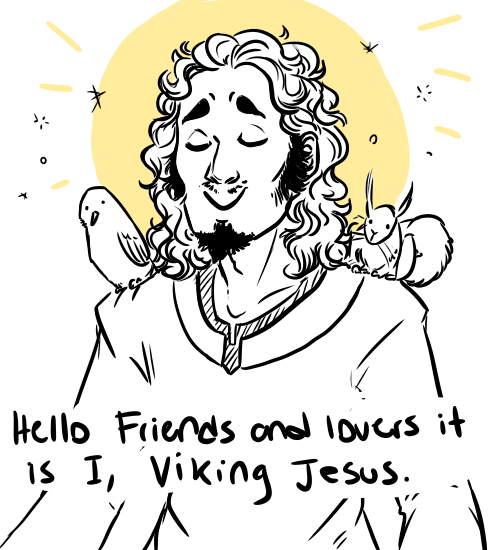 Somewhat more troubling is the fact that Dr. Brink seems completely unaware of the story of the death of Balder as recounted in the Gesta Danorum of Saxo Grammaticus. His characterization of Balder as the peaceful, innocent martyr who will return, Christ-like, to lead the world into a New Age of peace and harmony is completely at odds with the Balder of Saxo. In the Danish version (incredibly, the author claims to be of Danish descent but ignores the native Danish version of the story) Balder goes to war with Hother to force Nanna, who was previously promised to Hother, to marry him. Hundreds if not thousands are slain in the process, and Balder ends up fleeing from one battle and finally is slain by Hother in single combat. The Balder in Saxo is an aggressive, Viking-like warrior, depicted as one would expect of a son of Odin, and that is not the image that would fit Dr. Brink’s narrative. Given the centrality of Baldr to Dr. Brink’s book (just look at the title), a discussion of the alternative story would have been warranted.

His characterizations of some of the other gods and goddesses is similarly tilted. Any mention of Freyja’s violent temper and warlike nature (amply demonstrated in the Poetic and Prose Eddas) is omitted, for instance.

One of the hallmarks and requirements of this sort of journey and spirit work is that the results that one receives must be weighed against what is already known about the lore and the world around us. If a spirit journey tells us that the sun is actually a large ruby, then we must perforce discount that insight in a literal sense, as it is contradicted by what science tells us about the nature of the sun. Similarly, if a spirit journey flatly contradicts what we actually know about the nature and history not only of the gods and goddesses, but the prehistory of our ancestors, that information should be taken with enormous grains of salt, especially if it conveniently validates our political and religious preconceptions.

Unfortunately, it seems that Dr. Brink has forgotten, or failed to apply, that particular break on his own process. The result is a book that is at best fanciful, and at worst actively misleading, as newcomers to Heathenry are doubtless going to find this book and take what it says as accurate, without applying the necessary academic diligence to sort fact from fiction.

As I said at the top, this book was an enormous disappointment. If the author had stuck to a pure handbook, based on the actual figures from the archaeological record, illustrated with his own specific experiences as a guide for what one could expect from any given posture, it could have been a wonderful addition to the corpus of the modern Heathen revival. As it is, it is a bit of fluffy New Age tripe unfortunately associated with the Norse gods, and brings little to the table that someone with a copy of Felicitas Goodman’s book and a selection of historical Scandinavian and Germanic imagery couldn’t get for themselves.