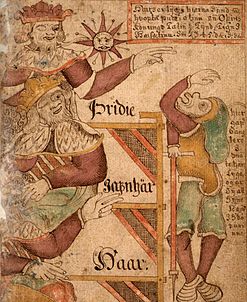 One of the things that I lament most about the state of current Asatru is the seemingly self-imposed limitation to look at written sources such as the Sagas of Icelanders, the Poetic Edda and Prose Edda, and a handful of other sources (Beowulf, usually, and maybe Saxo and a few others), and then stop. This is usually supplemented by a little bit of information from archaeology, inscriptions, and the like.

I think this is an enormous shame and missed opportunity. There’s so much other material out there of interest and relevance to our recreation of the religion of our pre-Christian ancestors*.

First, of course, there’s medieval Saint’s feasts. I’m finding this a very fruitful avenue of exploration, as has been seen with my investigations into Yule and other holidays on the calendar. Sure, most of it was documented way past the conversion period, but when we see Christian saints with uniquely Scandinavian, English, or German attributes mapped onto dates that coincidentally happened to be close to or on holidays celebrating the Aesir, it’s worth looking into.

I mean, Christ on a stick! Can you look at Krampusnacht and think there’s not a pagan undertone there??? And there’s tons more where that came from. 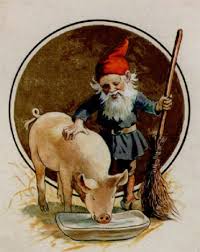 Then there’s post-Conversion folklore. This comes from several different sources; Scandinavia, Germany, Iceland, and England. All of which were centers of Germanic activity, either during the Migration Era or the Viking Age. There are princesses and trolls, and a ton of lore on how to deal with the huldufolk/elves, tomten/nissen, and the like. It’s here that we see a lot of the day-to-day practices captured; how to deal with the landwights of stone, stream, lake, and tree, and the housewights as well.

It’s worth digressing for a moment into a particular avenue of research that I think has incredible potential. That’s the lore of the Pennsylvania Germans and especially the Amish. Two historical events did more than anything else to obliterate traces of paganism in modern culture; the Protestant Reformation and the Industrial Revolution. 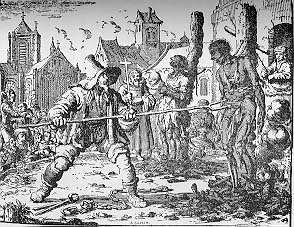 With the coming of Protestantism (and its Anglican analogue in England), came a gut-instinctual revolt against anything that was perceived as “Popish” or Catholic. The problem from our point of view is that the Catholic Church, in its zeal to put an “official” church stamp on the whole of Europe, was more than happy to incorporate all sorts of local customs, many (most?) of which were pagan in origin, into their own customs. Thus, we see previously-pagan holidays completely co-opted by Saints’ feasts, but the customs that accompanied them — the songs, the practices, the games, the myths, and the food — endured. With the coming of the so-called reformers, all that was swept away by an austere, even Puritanical in some places, stripped-down Christianity that lost almost all of that pre-Christian practice.

What the Protestant Revolution couldn’t destroy, the social disruptions of the Industrial Revolution did short work of. Primarily by encouraging the old peasant class, in whose quaint customs and celebrations, handed down from time immemorial, a lot of potentially pagan custom survived, to move into the cities and take factory jobs. With the rhythm of the peasant-farming life disrupted, there was no reason to pass down the old customs that went along with it. Indeed, the energetic actions of the Victorian folklorists, both in Britain and on the Continent, were an attempt to at least catalog and capture some of this lore before it was lost forever by this process that was recognized at the time as destructive to these complex memeplexes. 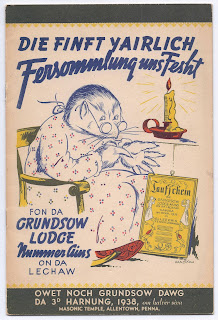 Both of those disruptive forces are why the Pennsylvania Germans, and in particular the Amish and related folk, are so important to the work of reconstructionism. They represent a sort of crystallized “time capsule” into 16th century southwestern Germany. Because the society of the Pennsylvania Germans (especially the Amish) is so conservative**, it is incredibly resistant to change. It is precisely this sort of religiously-inspired agricultural life that has enabled certain pre-Christian beliefs and practices to endure, and that’s what makes them such a treasure-trove of potential lore. If one is interested in continental German lore in relation to Asatru, one cannot ignore the Pennsylvania Germans.

And that includes the practices of Hexerei and Braucherei among them, which has very specific parallels to Scandinavian Trōlldomr magic.

And that brings in a whole other level of source material; the still-living traditions in Scandinavia (which seems to have gone through the Protestant Reformation somewhat less vehemently than their southern neighbors; a number of Saints still endure despite the general aversion of Protestantism to the whole idea). Don’t forget that runes were still used in some of the more remote regions of Scandinavia into the 20th century, and there remains a whole body of lore (not to mention a large number of actual practitioners) who still practice the art.

Plus the whole grimoire tradition in Scandinavia. There are Black Books, Cipriania, and more. Did you know there’s a spell in one of the books that mentions Odin and Satan drinking together in a hall? ‘Struth!

Then there’s nursery rhymes. The vast majority seem to refer to historical events or political happenings from the 16th and 17th centuries, but there are a few bits and pieces that seem to go back way further. It’s a potentially great resource that, as far as I’m aware, hasn’t been systematically studied. And there are a ton more nursery rhymes than I ever knew existed. I’ve been starting to collect some sources… 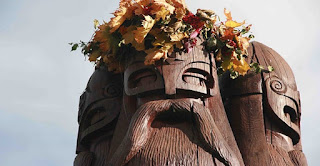 I could go on, but I think you get the idea. There is of course the field of comparative mythology; the Vedic Hindu Indra has a lot in common with Thor, as of course do gods like the Slavic Perun. And oh my gods is there a lot of Slavic material, the surface of which has barely been scratched in an Asatru context. And of course I’m a huge fan of drawing inspiration and details from the old Christian penetentials, sermons, and Saints’ lives; a lot of it comes from the Conversion era, but they often go into exacting detail as to what good Christians are not supposed to do. Absolute gold.

So for you, my dear readers, I implore you; don’t stop with the Eddas and Egil’s Saga. Never stop seeking out potential avenues for research, but also be wary of being too optimistic. Sometimes there really are coincidences, and sometimes something that looked like a good idea at the time pans out badly. Never be afraid to discard an idea that doesn’t work out, no matter how cool it seemed at first.

_____
* I say “religion” here, but it’s probably more accurate to say religions, as there wasn’t one single unified pan-Germanic pagan faith, but a complex of closely related practices, myths, and beliefs that varied quite consistently from tribe to tribe and geographical region to geographical region. Look, for example, at the use of the name “Holde/Holle”, “Perchta”, and then “Frigga” for what appears to be the same, or at least a closely related, goddess as one moves north from the Alps to Scandinavia.

** To this day there are Groundhog Lodges at whose meetings English is not spoken. And that’s not just the Amish; that’s the “ordinary” Pennsylvania German folk.