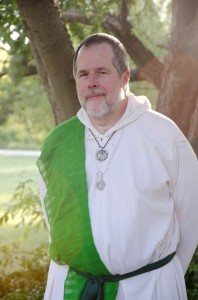 Those are three words I didn’t expect to see on this blog anytime soon. Regular readers will know that I’m not exactly a fan of John Beckett, his inane writings, or his odious opinions (see here, here, and here), and it’s pretty plain that he loathes me too. But I am also a man who is not afraid of saying that when someone I dislike happens to be right. And in this case, Beckett is right.

I refer here to his most recent post over at Pathetic Pagan, The Otherworld is Bleeding Through.

In this post, Beckett makes the point that there seems to be something in the air. There’s been a big increase in activity from the land wights, the gods, the ancestors, and other creatures. For more than a year, I’ve been feeling that “something big” is about to happen. As Beckett puts it:

Except that this is about the tenth such incident I’ve heard about over the past couple of weeks, and the second one I’ve been involved with personally.

Those stories aren’t mine to tell, but they involve ghosts, spirits, and demons; unexpected appearances of Gods and ancestors; accidents with no good explanations; missing items turning up in impossible places… and a green glowing bird.

Several people whose experience and judgment I trust have all said pretty much the same thing: the Otherworld is bleeding over into the ordinary world in a way nobody alive has ever seen. Midsummer is traditionally a time when the Veil Between the Worlds is thin, but Midsummer is almost two weeks away and this started several weeks ago. Or at least, we started noticing this several weeks ago. I get the impression it’s been going on for quite some time.

Lest you think this is some glorious wonder to celebrate, I’m not talking about “the Summerlands,” some Paganized version of the Christian heaven where a smiling Mother Goddess pours the sweetest mead from an endless bottle and all your ancestors dance merrily around a fire because death cleansed them of whatever made them so ornery in life. No, I’m talking about Gods with their own agendas for this world. I’m talking about angry ghosts, restless spirits, and meddlesome demons. I’m talking about dead who are just as much assholes as they were in life. I’m talking about fae that bear no resemblance to Tinkerbell, who view humans as annoying invaders and tasty snacks.

It’s well worth reading the whole thing, but that will give you the gist.

And he’s absolutely right. I’ve noticed a marked increase in what I call “significant” dreams. Land wights and other spirits that have been heretofore silent are all of a sudden accessible to me. Even the gods themselves seem more… approachable. Or at least more talkative. Beckett’s absolutely right; now’s the time to make sure you keep up your monthly or daily workings in honor of the spirits. They’re knocking at the door; now’s the time to open it up.

And on a more mundane level, there has been a dramatic, and I mean really dramatic, increase in people contacting our local tribe in the last few weeks, looking to come to an event or even join. I don’t know if it’s related, and I can’t say if other groups have experienced the same thing, but an increase in supernatural activity might well be linked to an increase in people looking to rejoin the faith of their ancestors, it seems to me.

But Beckett’s second point is also very well taken. A lot of neopagans (and, frankly, Asatruar) seem to have something of a, shall we say, overly optimistic view, of interactions with the spirit world. It’s not all friendly wights, rainbows, and lollipops. Our ancestors’ stories, especially those that come down to us in folklore and fairy tales, are replete with wights and spirits that are right bastards. Our gods have their own agendas, and they’re certainly not above using us to achieve them. Not that they’re openly hostile to us; far from it. But they are gods, after all, and it is unrealistic of us to expect that getting you a job, or a girlfriend, or whatever is their top priority.

In fact, I have a theory about that. Complete speculation of course, but I think we’ve reached something of a tipping point, at least as regards Asatru and the Aesir. I think we’ve hit a critical mass. The first phase of the revival was just about getting established. Setting the foundation, Getting the word out that we still exist, putting together the organizations and infrastructure needed to support the second phase. Scholarship to put together the basics of belief and practice. But now we’re seeing the start of the second phase.

And what does that second phase entail? Just a guess, but I’m thinking mass awareness, first-generation leaders moving aside for the new generation, the establishment of real temples, large enough and stable enough local groups to support real community-building, and taking our place as an alternative, and certainly minority, but acknowledged and respectable religious alternative.

Is the current upsurge in spiritual happenings related to that? Have the floodgates been reopened, and now we’re living in a truly post-Christian world, where the spirits of polytheism are about? Maybe. It could just as easily be related to something really horrible, like an impending mass economic collapse, or a truly devastating attack by Islamic terrorists that results in tens of thousands or even millions of victims, or something else. Life is ordeal, after all. This might be a sign of a new ordeal to come, rather than a victory.

We’ll know in a couple of years which is so, methinks. But at least there is reason to be optimistic.

One thought on “Beckett is Right”