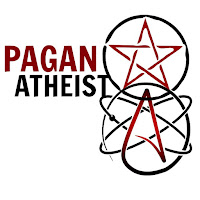 There is quite a brou–ha–ha going on right now on a bunch of blogs; a battle between those who believe that a literal belief in the Gods (led by, but not made up exclusively of, those who count themselves as Devotional Polytheists, and who practice a very extreme form of belief that includes practices such as being a God-spouse) is a natural prerequisite for being Pagan (or Heathen), and those who espouse something variously called Atheistic Paganism or Humanistic Paganism.

Fair warning – this post is going to piss off both sides, because I think they’re both wrong.

Atheism in Pagan and Heathen societies

From an historical point of view, it is entirely the case that non-belief in the Gods was accepted, if not particularly widespread, and did not necessarily exclude one from the general Heathen society in which they lived. This was stated explicitly in Örvar-Oddr’s Saga:

“But what are you doing here? Are you truly Heathens?”
Odd answered, “We know nothing about any faith, other than believing in our own might and main, but we don’t believe in Odin.”

And even more clearly in Hrafnkel’s Saga:

The news was brought east into Fljótsdalr, to Hrafnkell, that the sons of Thjóstar had destroyed “Freymane” and burnt the temple. Then said Hrafnkell: “I deem it a vain thing to believe in the gods,” and he vowed that henceforth he would set his trust in them no more. And to this he kept ever afterwards, and never made a sacrifice again.

Doing so didn’t lower either of their reputations in their communities. It was an accepted thing. Belief in Heathen Gods was not a prerequisite for membership in a Heathen society.

The Classical world was also home to many disbelievers. The Greeks had their Atomists and Sophists, while the Romans had their Epicurians:

This terror, then, this darkness of the mind,
Not sunrise with its flaring spokes of light,
Nor glittering arrows of morning can disperse,
But only Nature’s aspect and her law,
Which, teaching us, hath this exordium:
Nothing from nothing ever yet was born.
Fear holds dominion over mortality
Only because, seeing in land and sky
So much the cause whereof no wise they know,
Men think Divinities are working there.
Meantime, when once we know from nothing still
Nothing can be create, we shall divine
More clearly what we seek: those elements
From which alone all things created are,
And how accomplished by no tool of Gods.
(Lucretius, On the Nature of Things)

Again, the Pagan Greeks and the Pagan Romans did not run the adherents of these philosophies out of town on a rail. While they were never mainstream, neither were the Epicurians subject to the same sort of persecution that befell the Christians (against whom, interestingly, the charge of Atheism was laid, which is something we shall turn to below). Belief in Pagan Gods was not a prerequisite for membership in a Pagan society.

So, if belief in the Gods wasn’t necessary to be a Heathen or a Pagan, what was?

Orthopraxy, which informs the Pagan/Heathen worldview, means that what one does is what’s important. As long as you maintain the sacrifices, speak the words, participate in the festivals, and in general don’t work to actively disrupt the religious life of the community, all is well. You don’t have to believe in the reality of the Gods, as long as you act like you do. This explains the Roman tradition of maintaining religious festivals and observances even though the people doing them had completely forgotten why they were being maintained.

Orthodoxy, which informs the Christian (and Muslim) worldview, means that what one believes is what’s important. You can go to church every Sunday, you can mouth the words, but unless you truly believe in your heart what your faith tells you to believe, you’re damned. You have to believe in the reality of God, and acting like you do doesn’t satisfy. This explains the Christian paradox of welcoming the most heinous criminals and bad actors, as long as they have a “sincere” conversion in their heart.

Taking it too far

But, of course, ancient Pagan and Heathen societies didn’t have limitless tolerance for deviants from the norm. While they were tolerant of non-believers, the tolerance of their societies had limits, and they were not afraid to smack down those who crossed those limits.

According to Njal’s Saga, Helgi Skeggjason, a new convert to Christianity and an advocate of forcible conversion for others, read the following poem before the Althing. He was subjected to outlawry for his efforts:

I dare mock the gods.
I believe that Freyja is a bitch,
And that Odin in a dog,
Or else the other way around.

The Greeks similarly had issues with non-believers who took their (non-)beliefs into the realm of actions aimed at mocking the Gods and interfering with the religious practices of those who did believe, rather than merely indulging in philosophical discourses:

It was about that time [415 BC] that the poet Diagoras of Melos was proscribed for atheism, he having declared that the non-punishment of a certain act of iniquity proved that there were no Gods. It has been surmised, with some reason, that the iniquity in question was the slaughter of the Melians by the Athenians in 416 B.C., and the Athenian resentment in that case was personal and political rather than religious. For some time after 415 the Athenian courts made strenuous efforts to punish every discoverable case of impiety; and parodies of the Eleusinian mysteries were alleged against Alkibiades and others. Diagoras, who was further charged with divulging the Eleusinian and other mysteries, and with making firewood of an image of Herakles, telling the god thus to perform his thirteenth labour by cooking turnips, became thenceforth one of the proverbial atheists of the ancient world, and a reward of a silver talent was offered for killing him, and of two talents for his capture alive; despite which he seems to have escaped. (J.M. Robertson, A History of Freethought, pp. 173 – 174)

This is also why the Christians were subjected to persecution early on by Roman authorities. They refused to participate in the Religio Publica (the public aspects of Roman religious life). This was famously spelled out when Roman authorities required all citizens and subjects to make an offering to the Imperial cult. The Christians refused. They were therefore subject to censure not because of what they believed, but because of how they acted. They refused to even make a pretense at following the religious mores of society.

The general idea is clear. Hold whatever beliefs you want. Even espouse those beliefs. But don’t go out of your way to insult believers, or the Gods, or  in general be a jackass about it.

Live and let live. Believe what you want, but respect the beliefs of the majority, don’t go out of your way to be disruptive, and behave like a normal person. What a novel concept!

On the one hand, folks like Lucius Svartwulf Helsen, Ossia Sylva, and Galina Krasskova are wrong when they posit that Paganism not only implies, but requires, polytheism (and anyone who disagrees is a “degenerate”).

Surely, if tolerance of non-theism was suitable back before the imposition of Christianity in Pagan Rome and Greece, and Heathen Iceland and Norway, so too should we, as the people who say we’re attempting to reconstruct the ancient beliefs, be okay with atheists who are willing to uphold our practices as if the Gods existed, and believe what they will, but not be jerks about it.

If we, as polytheists, are at all confident in our beliefs, surely we can endure in the face of people who believe differently than we do being in our midst, as long as they are respectful in doing so. Such is the price of hospitality; sometimes you are hospitable to people you don’t agree with. Pericles, Augustus, Egil, and Ragnar were able to deal with it. We should be, too.

So yes, you can honor the Gods, and thus be a Pagan or Heathen, and not believe in the literal existence of those Gods.

On the other hand, folks like John Halstead are wrong because they violate that very concept of respect. Hospitality goes two ways, and if one wants to enjoy the benefits of the hospitality of others (in this case, using the Pagan or Heathen labels, and participating in the Pagan and Heathen communities, even though the vast majority of those who do believe in the literal existence of the Gods), then going out of your way to insult the majority, and in general behave like a complete asshole in the vehemence with which you espouse your views, is contra-indicated.

In addition, Halstead (and, admittedly, others who do not share his atheistic views) are also wrong because of their insistence that Pagans (and Heathens) should share their often radical environmentalist views, often to the exclusion of all else, and certainly to the exclusion of acts of piety that don’t revolve around them. This, despite the fact that environmentalism is most certainly not the be-all and end-all of many forms of Paganism and Heathenry (even though it might form a part, even an important part), which Halstead and his ilk seem to want. You keep wanting to get under the Big Tent of Paganism, but that doesn’t mean you get to crowd out those whose political beliefs differ from yours. 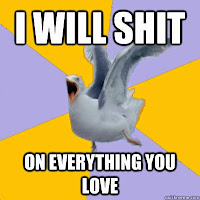 Paganism and Heathenry are about honoring the Gods. It’s about the praxis. You attend the rituals and festivals. You bond in fellowship with your fellow Pagans, even if you don’t agree with what they believe, because it’s not about thoughts, it’s about deeds. You don’t go around mocking the Gods, or mocking people (and saying they’re mentally ill) because they believe in the Gods and Their influence on the physical world, and you certainly don’t keep banging some drum saying that other peoples’ reverence for the Gods is distracting them from what’s really important, which is your own personal agenda.

Just stop worrying about what other people believe, and concern yourself with how they behave, and everything will sort itself out. And that goes for both sides.

14 thoughts on “Atheism and Asatru”