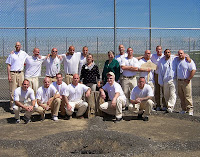 On January 2, 2014, the California U.S. District Court dismissed the case of Sessing v. Beard. The case involved an Asatru inmate, Nathan Sessing, who alleged that:

Asatru faith mandates regular outdoor ceremonies on sanctified plots with specific facilities similar to the outdoor worship area available to American Indian religious adherents at CSATF. Defendants denied Plaintiff’s request that such facilities be constructed. On October 19, 2012, the CDCR — Division of Adult Institutions, issued a memorandum that created a policy against new outdoor worship areas. Plaintiff’s grievance regarding the foregoing was denied.

The complaint can be amended by Mr. Sessing within thirty days.