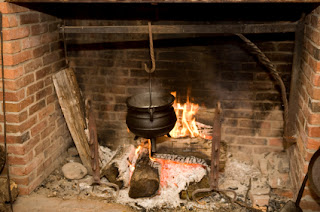 In parts of Sweden, February 2nd is called “moving day” because it was traditionally the day when contracts for domestic servants were up, and they could move to another situation (there was a similar day six months later in October).

In addition to the obvious weather-magic divination traditions associated with today, there’s also a wonderful tradition in which one toasts to the health of the house-wight who dwells in the hearth.

Tonight I drink the health of “Eldsborg,” the name traditionally used. Ours lives in a special stone we keep on the fireplace hearthstone.

2 thoughts on “A Swedish custom for February 2”